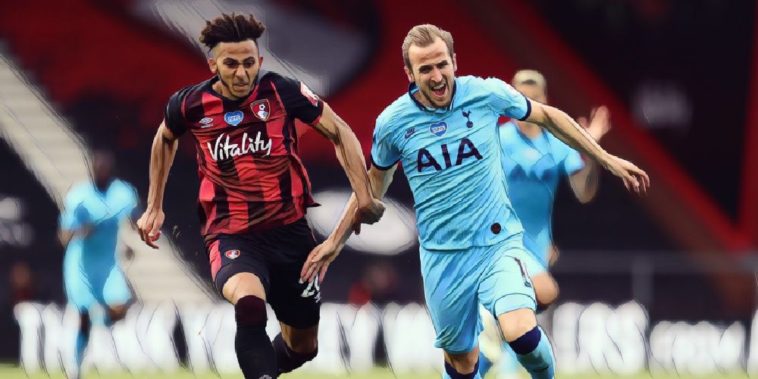 The spoils were shared on the South Coast, with neither Bournemouth nor Spurs able to get the vital breakthrough in a goalless encounter that won’t live long in the memory.

Things could have been different in just the fourth minute of the game though, Spurs perhaps unlucky not to be handed a penalty following an apparent push on Harry Kane. Replays showed Josh King’s hands on the back of the England skipper, though VAR didn’t see fit to award the spot-kick.

The North London side enjoyed the majority of the ball, but failed to get a single shot on target in the entire match, while Bournemouth briefly thought they had scored a late winner, only to see Callum Wilson’s overhead kick ruled out by VAR for a handball.

The Cherries had another fine opportunity to steal the points at the death, Hugo Lloris being forced into a smart save to deny the onrushing Harry Wilson, and speaking to Sky Sports afterwards, Jose Mourinho praised the performance of Eddie Howe’s struggling side, while taking a sly dig at their desire to take a point.

“Credit to Bournemouth. I was a bit surprised because I thought they wanted to win the game and I was surprised they just wanted a point – but maybe they did their maths and I think a point gives them a chance. The relegation fight I believe is one of the worst emotional fights to have because it affects everyone.”

Despite his side not troubling the Bournemouth ‘keeper, the Portuguese insisted he his side ‘couldn’t give more’.

“I prefer to say the team understood it was more intense they were played, with certain levels of fatigue clearly for some players, like Moussa Sissoko and Giovani Lo Celso.

“I feel I got enough desire and they couldn’t give more today. For me it wasn’t a surprise but there’s always a negative when you have a huge penalty decision against you.”

The result leaves Spurs 10 points off the top four with just four games to go, while Bournemouth are now three points adrift of Watford in 17th.