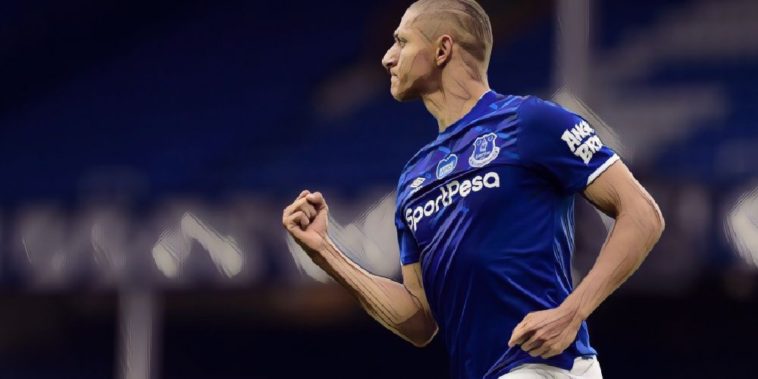 Any faint hopes of European football for either Everton or Southampton were dampened as the two mid-table teams played out a 1-1 draw at Goodison Park.

Both keepers were forced into decent saves in the opening exchanges, before Southampton were handed the opportunity to take the lead after James Ward-Prowse was adjudged to have been brought down in the box. The 25-year-old then stepped up, but saw his well-struck effort crash off the bar.

Three minutes later though, and the visitors did go in front, Danny Ings netting his 19th of the season from inside the six-yard box after brilliantly getting the ball under control following a disguised Stuart Armstrong pass.

However, the lead didn’t last long, Everton forward Richarlison levelling up two minutes before half-time following a wonderful raking ball from deep by Lucas Digne, the Brazilian taking a touch before firing past Alex McCarthy for his 30th Premier League goal.

Neither side could find a winner in a game which was lacking in too much excitement, Carlo Ancelotti ruing his side’s lack of offensive continuity, admitting ‘it is not a good result’.

“The first half we did not deserve to draw, we changed in the second half and it was quite better. The first half was difficult,” the Italian told Amazon Prime.

“Of course I am disappointed about the first half, we left a lot of space in between our line and we were not in good control. Better in the second half, but not enough.

“Richarlison and Dominic Calvert-Lewin work a lot, Richarlison scored a fantastic goal but we could not play offensively with continuity.

Ancelotti given ‘assurances’ over Everton spending power, but coy on James Rodriguez ‘rumour’