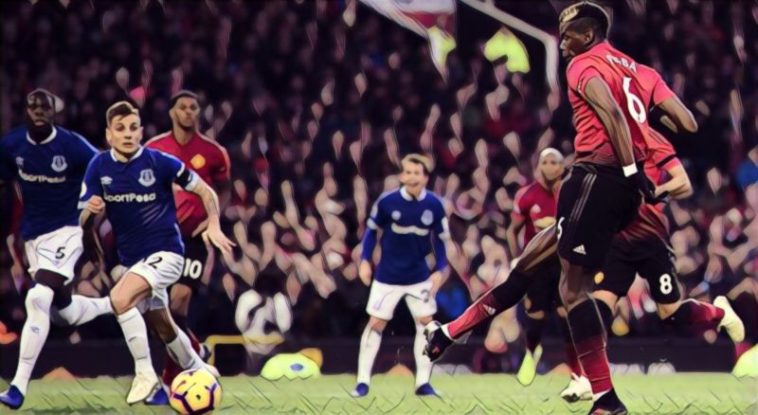 Manchester United manager Jose Mourinho praised Paul Pogba for having the courage to a take a penalty during his sides 2-1 victory over Everton earlier today.

Pogba scored his first Premier League goal since August in rather controversial fashion. United won a penalty in the first half courtesy of a foul on an on-rushing Anthony Martial. The Frenchman deployed his usual slow, stuttering run-up, only to see his weak effort saved by England number one Jordan Pickford. The rebound fell kindly back to Pogba, who slotted home.

Speaking after the game Mourinho praised his £89 million midfielder for having the mental strength to take the spot kick, despite now seeing his last two attempts from 12 yards saved.

“I think the referee was very good in all the game. He was solid and consistent. In the two penalty actions he was consistent.’’ Mourinho told Sky Sports.

“He wants to take them. Maybe he has to change his approach but I don’t want him to change his mental approach. The keeper is also a good penalty saver so lets give credit to him. He showed that in the World Cup.”