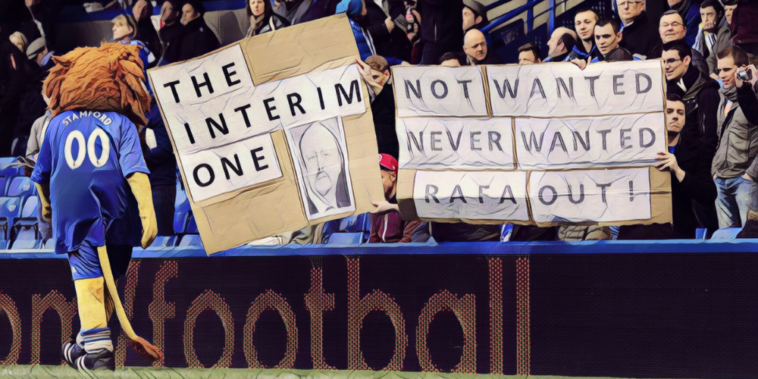 Steve Bruce’s reign as Newcastle manager was brought to end by ‘mutual consent’ this month, bringing a conclusion to the tenure of an unpopular appointment.

Bruce failed to win over the Newcastle supporters with the club’s dreadful form and performances doing little to improve his standing at St James’ Park, with 60-year-old having admitted the criticism and comments from the fanbase took their toll.

The former Magpies’ boss is not the first Premier League manager to endure an indifferent relationship with his own supporters and we’ve decided to look back at five of the most unpopular managers in the division’s history.

George Graham’s previous links to Arsenal meant the Tottenham manager was always up against it when attempting to win over the Spurs support, having brought a wealth of success – including two league titles – to their North London neighbours.

Graham guided Spurs to League Cup success in 1999 but even silverware proved not enough to win over the crowd, who refused to sing the manager’s name with the rather petty chants of ‘man in a raincoat’s blue and white army’.

The Scot’s move to Spurs brought animosity from all sections, with Leeds angered at his exit from Elland Road after rescuing Graham from the managerial scrapheap following his sacking at Arsenal.

In one swoop Graham managed to alienate the fanbases of three Premier League clubs, his unpopular stint at Spurs lasting two seasons of rotten football before his dismissal.

Replacing the uber-popular Kevin Keegan was never going to be an easy feat, but Joe Kinnear managed to make it even more difficult following a disastrous reign at Newcastle.

Kinnear had been outside of England’s top flight for almost a decade and without a club at any level for four seasons, but somehow found himself as Newcastle’s new manager after Keegan’s walk-out at St James’ Park.

His spell lasted just 18 fixtures before stepping down as a result of heart problems, but included no shortage of controversy and incident in a period the Magpies’ fans will be keen to forget.

Kinnear memorably subjected the media to a foul-mouthed tirade after being unhappy with stories that revealed he had given his players a day off after losing his first fixture to Blackburn.

His claim that the Tyne-Wear derby was ‘just another game’ after Newcastle’s first loss to Sunderland in eight years also did little to improve his popularity, whilst his upsetting of Charles N’Zogbia – the winger refused to play for the club again after Kinnear referred to him as Charles ‘Insomnia’ – led to the player’s exit to Wigan.

Roy Hodgson’s reign at Liverpool proved one of the most disappointing periods of the Reds’ recent history, arriving from Fulham after the popular Rafael Benitez moved on to pastures new.

Liverpool’s ownership were in the midst of edging the club closer to financial implosion and Hodgson’s era has since become symbolic of a turbulent period on and off the pitch.

His signings failed to work out, whilst the football played was uninspiring as Liverpool – Champions League contenders for much of the Benitez era – regressed into mediocrity.

Hodgson’s side were in the relegation places after winning just one of their opening eight league fixtures with the calls for his dismissal growing ever louder, whilst he failed to help himself with a number of bizarre comments in the media.

‘Another famous European night’ was how the veteran coach labelled a Europa League qualifier at Trabzonspor, whilst he called Northampton Town ‘a formidable challenge’ before seeing Liverpool dumped out of the League Cup on penalties to the fourth-tier side.

Even in a disappointing defeat to Everton, Hodgson claimed he had ‘no qualms’ with his side’s derby day performance and it came as little surprise when he was sacked in the first week of January.

Liverpool fans joined in with the chants of ‘sacked in the morning’ after defeat at Blackburn, a loss which brought an end to the shortest managerial reign in the Reds’ history.

Fan protests greeted the immediate appointment of Alex McLeish as Aston Villa manager, after the club’s decision to raid city rivals Birmingham City for the Scottish coach in 2011.

McLeish had won the League Cup with the Blues the previous season, though that triumph came alongside relegation from the Premier League and his defection angered fans on both sides of the Second City divide.

Villa’s ownership were not swayed by the reaction of the fanbase, which included graffiti sprayed outside the club’s Bodymoor Heath training ground and hundreds gathering in protest, with McLeish unveiled as the new head coach at Villa Park.

The discontent only increased following a disappointing season of results, as Villa narrowly avoided relegation after winning a record low of just four home fixtures for the campaign.

McLeish was sacked at the end of a single season that finished with a 10-game winless run.

Benitez may have been a popular figure after bringing Champions League success to Liverpool, but his arrival at Chelsea as interim manager in 2012 provoked an entirely different reaction.

Liverpool and Chelsea had enjoyed some titanic clashes across the previous decade to form a very modern rivalry, with Benitez and former Blues’ boss Jose Mourinho having engaged in an often personal battle.

The Spaniard had made regular jibes in the direction of the west London side which included attacking the club’s style of football and billionaire-backed resources, alongside accusations towards Didier Drogba over diving and a dig at a perceived lack of atmosphere at Stamford Bridge.

Benitez even went as far as saying he would never take the Chelsea job in 2007.

“Chelsea is a big club with fantastic players, every manager wants to coach a such a big team,” Benitez said. “But I would never take that job, in respect for my former team at Liverpool, no matter what. For me there is only one club in England, and that’s Liverpool.”

Five years later and Benitez was named as Chelsea’s interim manager following the sacking of Champions League-winning coach Roberto Di Matteo, his arrival greeted with protests, banners and chants from a disgruntled fanbase.

He won the Europa League during his brief spell in charge, but even silverware was not enough for the Chelsea fans to forget his past connections.