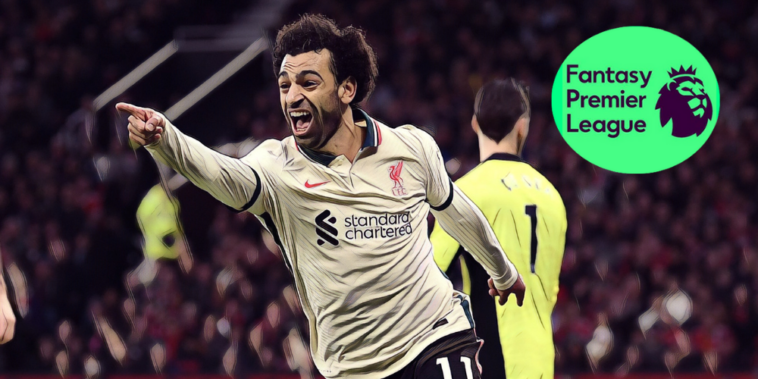 Gameweek 10 shapes as a huge weekend for Ole Gunnar Solskjaer and Manchester United, who travel to Tottenham in need of a response after last weekend’s humiliation at the hands of Liverpool.

Mohamed Salah was the star of that destruction at Old Trafford and will be keen to continue his scoring streak against Brighton, whilst league leaders Chelsea travel to Newcastle and Leicester face Arsenal in an intriguing match-up at the King Power Stadium.

Ahead of gameweek 10, we’ve looked at four of the best Fantasy Premier League captaincy options.

Has there ever been a stronger case to perma-captain an FPL asset?

Mohamed Salah is in career-best form right now and extended his club-record to 10 consecutive games scored in with a scintillating hat-trick at Manchester United in gameweek nine, with the Egyptian international also providing an assist to haul a season-high of 24 points.

Salah is far and away the highest scoring player in Fantasy Premier League this season with his 107 points almost double that of the joint-second players in the game in Michail Antonio and Jamie Vardy (57).

Liverpool have won each of their past two fixtures 5-0 and are on a red-hot streak of form at present, unbeaten this season ahead of this weekend’s visit of Brighton to Anfield.

Salah is averaging a ridiculous 11.8 points per game this season and it will be a brave FPL manager to go against the 29-year-old on current form.

Phil Foden was amongst the highest-scoring players in gameweek nine after hauling 18 points during Manchester City’s 4-1 win at Brighton, the 21-year-old scoring twice and providing an assist in an impressive win at the Amex Stadium.

Foden has featured in a false nine role for Pep Guardiola’s side in recent weeks and has shone, establishing himself as the go-to player to solve City’s centre-forward conundrum.

The England international – classified as a midfielder in FPL – has scored three goals and provided two assists across the past four gameweeks, averaging three shots from inside the box per fixture.

Foden offers both goal and creative threat having accumulated xG and xA figures of 2.39 and 1.57 across that same period, with only Salah and Ben Chilwell having amassed more points than Foden since his return to the starting side from injury in gameweek six.

Chelsea thrashed Norwich last weekend to score seven times without the presence of a recognised centre-forward, with Mason Mount opening his account for the campaign with a first ever Premier League hat-trick.

The England midfielder scored three times in a brilliant performance for the west London side and will have high hopes of maintaining that form ahead of a winnable-looking fixture at Newcastle.

Newcastle are without a win this season and possess an xG of 17.73, just fractionally better than a Norwich side (17.74) who shipped seven goals at Stamford Bridge last weekend.

He surpasses his 14-point tally from GW38 of the 19/20 season#FPL pic.twitter.com/Lx6wucyu0k

Chelsea can take advantage of the Magpies’ leaky defence with Mount expected to start as one of the Blues’ attacking options.

The 22-year-old has three goals and three assists from seven FPL appearances this season, whilst Kai Havertz offers another differential Chelsea option after starting as a false nine last weekend.

The Germany international failed to score in the thumping of Norwich despite being heavily backed, but is the most likely candidate to continue at centre-forward for Thomas Tuchel’s side.

It’s becoming increasingly difficult to overlook Mohamed Salah as your captaincy option, but the underlying statistics point towards Michail Antonio being the next best option for those seeking a punt.

Antonio has scored six goals and provided three assists already this season, whilst his expected goal involvement of 7.01 is second to Salah (8.95) and makes the West Ham forward the only non-Liverpool player inside the top four with Sadio Mane third (6.34) and Diogo Jota fourth (4.85).

Despite an electric start to the season, those numbers also align in recent gameweeks with Antonio once again trailing only Salah for expected goals and expected goal involvement between gameweeks six and nine.

West Ham have risen to fourth after back-to-back wins against Everton and Spurs, and Antonio is likely to be at the centre of it should David Moyes’ side continue their form at Aston Villa this weekend.