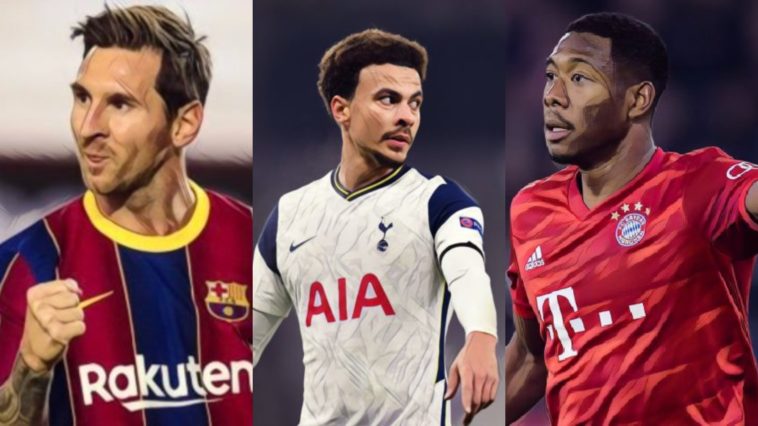 We are a full week into January, and while the transfer window has yet to properly click into gear, we can already see which narratives are going to be at the forefront of the football news media this month.

Here are the five biggest football stories that we think will dominate the January transfer window:

“I have found three players already who were capable of coming here and they’re not allowed,” Sam Allardyce said of his early attempts to strengthen his West Brom squad this month. “It’s a shame.”

There is something so karmically delicious about a man who once described Nigel Farage as a “forthright, forward-speaking, intelligent man” being denied by the very red tape he and other like minded Brexiteers thought they were cutting to ribbonds in 2016.

But if we look beyond the Schadenfreude for just a moment, we see that Brexit is going to affect every British football club going forward, but particularly the middle and lower classes of the Premier League.

Clubs will no longer be able to sign European players under EU rules related to free movement of labour. Instead, a points-based system will be used to determine

A score of 15 points against the criteria will be enough to secure a GBE, while a score between 10 and 14 points is referred to an exceptions panel who will then rule on the suitability and quality of the player concerned.

The new system will consider a range of factors, including international caps, the FIFA ranking of that country, and club appearances among other things. On top of that, clubs can no longer sign EU players aged between 16 and 18; only those 18 or over are permitted to sign.

It means the biggest clubs will still have no problem signing star names, but it will make transfer business a lot tougher across the board. We will doubtless see more transfers scuppered this month and beyond.

Not one of Liverpool’s starting centre-backs are currently fit, and with Virgil van Dijk expected not to play another minute of the Premier League campaign due to an ACL injury, speculation is rife that the champions will sign defensive cover this month.

Jürgen Klopp has had to conjure up creative solutions to the problem, including turning midfielders Fabinho and Jordan Henderson a centre-back pairing. It has also been reported that the Merseyside outfit may not sign a centre-back in January at all.

However, with Liverpool’s results dropping off lately that position may become untenable sooner rather than later. The club have been linked with a sensational move for David Alaba, while Gleison Bremer and Maximilian Wober have also been identified as targets.

Whatever decision Liverpool make, it will have big ramifications on their season and title defence, as well as dominate the headlines over the next three weeks.

There is an oft highlight moment in the All Or Nothing documentary about Tottenham Hotspur when Jose Mourinho takes his first training session with the team. The freshly appointed manager jokes with Dele Alli that he is a “lazy f*cker”, but adds that it’s a good thing he will be on his case.

Over a year on from that moment and it’s clear that Alli did not take the hint from Mourinho, who has given him just one league start so far this season. As the tabloids might say, he’s been SHUNNED.

While Alli’s form has noticeably dipped in the last 18 months, he is still a player with tremendous talent and ability. Indeed, he seemed to rekindle some of that old fire when Mourinho first arrived, but it’s obvious now that he needs to get out of north London.

Mauricio Pochettino has already spoken to Dele Alli about the prospect of joining PSG and the Englishman is interested. (Source: Foot Mercato) pic.twitter.com/1RwYKLUusL

Mauricio Pochettino’s recent appointment as PSG manager has fueled speculation that the England international could make the move to France’s capital city, be it on a permanent basis or just a temporary loan.

It would be a good deal for all involved, but whether or not it gets the Here We Go treatment from Fabrizio Romano remains to be seen.

The Lionel Messi saga following the end of last season was unseemly, but entirely in keeping with the chaotic running of FC Barcelona in recent years. The greatest player of all time agreed to stay until the end of his contract, but it seems inevitable that he will leave the club he has called home since a boy this summer.

Now that it’s January the Argentine genius is able to negotiate a move away, with both Manchester City and PSG regarded as the likeliest destinations. Wherever he does end up, it will surely be the biggest sports story of the year.

It is typical of the organisation that Barcelona has become that their best ever player will be leaving on a free transfer, but it makes the possibilities of his eventual destination all the more intriguing.

Ranking the five favourites to sign Diego Costa in January

One of the most talented, versatile footballers of his generation, David Alaba would be snapped up by literally any team in the world. Not only is he arguably the best fullback in football, he’s also an exceptional midfielder and, as it turned out in 2020, an excellent centre-back too.

Players with Alaba’s capabilities only come around every so often and are near impossible to sign – but he could be leaving Bayern Munich on a free this summer.

The Austrian’s contract runs out at the end of the 2020/21 season, meaning he can leave on a free transfer if he doesn’t agree a new deal with his current club.

Real Madrid are reportedly leading the race to sign the 28-year-old, but he has been recently linked with Liverpool. Chelsea have also been linked with the defender in the past.

Anticipation over Alaba’s future plans will only build as the month goes on, and it’s not inconceivable he could end up at a Premier League club next season.

Read: Six Bundesliga players that Premier League sides should be interested in in January

See Also: One position each Big Six club needs to strengthen in the January transfer window