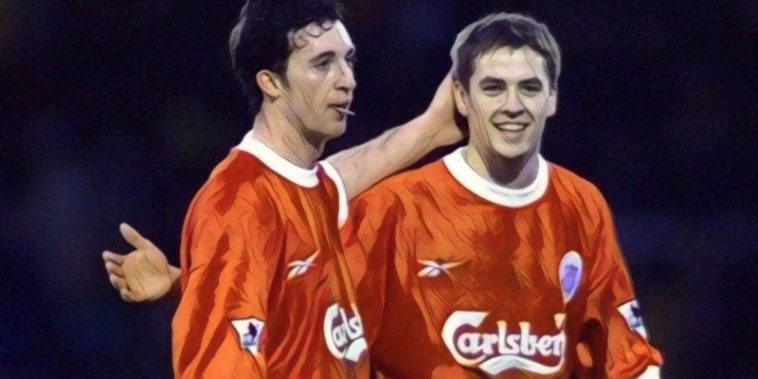 Scoring a half-century of Premier League goals is a notable achievement for any player, with just over 100 players having reached the landmark. To do it before your 23rd birthday is all the more impressive.

Therefore, we’ve decided to profile the most prolific young players in Premier League history, with an exclusive group of just five reaching the 50 goal mark before the age of 23.

Cristiano Ronaldo arrived in English football as a raw but talented teenager at Manchester United, before evolving into one of the finest talents in world football during a six-season stay at Old Trafford.

It’s difficult to envisage the early criticism the Portuguese received for a lack of end product following the transformation he would undergo, developing into arguably the greatest goalscorer the game has seen and breaking a succession of records.

Ronaldo scored 54 goals before his 23rd birthday in the colours of United, including a breakthrough campaign in 2006/07 that saw the forward score 17 league goals to win the PFA Player’s Player of the Year and FWA Footballer of the Year awards.

The forward turned 23 during a memorable season the following year, winning the Golden Boot and inspiring Sir Alex Ferguson’s side to a Premier League and Champions League double.

Unable to make a breakthrough at Chelsea after signing for the club as a teenager from Anderlecht, Lukaku flourished amid regular first-team football during loan spells at West Brom and Everton.

After scoring 32 league goals over those two loan spells, the Belgian signed for Everton on a permanent basis where the goals would continue to flow during a goal-laden period at Goodison Park.

Lukaku scored 60 Premier League goals before reaching his 23rd birthday – becoming the fourth-youngest player to reach a half-century – and establishing himself as one of the leading forwards in England’s top flight.

After scoring 68 goals in just 141 appearances for the Merseyside club, Lukaku moved to Manchester United in a £75m deal in 2017, where he would become the first Belgian to reach a century of Premier League goals before leaving to join Inter Milan last summer.

One of the great teenage stars of the Premier League era, Rooney burst onto the scene as a precociously talented young forward at Everton – announcing himself to the division with that spectacular late winner against Arsenal in 2002.

From there Rooney’s star continued to rise, scoring 15 league goals for his boyhood side before becoming the most expensive teenager in history with a big-money move to Manchester United in 2004.

The early version of Rooney was one of the most exciting talents the division has witnessed, an almost man-child of incredible pace, power and goalscoring ability. The forward scored regularly to secure back-to-back PFA Young Player of the Year Awards during his first two seasons at United, establishing himself as a key figure in Sir Alex Ferguson’s side at Old Trafford.

Rooney reached a half-century of goals after helping the Red Devils to the Premier League title during the 2006/07 campaign, scoring 71 top-flight goals before his 23rd birthday.

Another teenage talent who burst onto the scene in stunning style, Owen began to terrorise Premier League defences straight away, netting on his Liverpool debut against Wimbledon in 1997.

That goalscoring introduction from the bench was just a glimpse of what was to come, as the forward secured back-to-back Premier League Golden Boots in his first full seasons on Merseyside, winning both the PFA Young Player of the Year and Premier League Player of the Season awards.

He would win the Ballon d’Or in 2001 before injuries sadly decimated the latter period of his career, though he remains the youngest player in Premier League history to reach a century of goals – hitting the landmark with a goal against West Brom aged just 23 years and 134 days.

Sitting just ahead of Owen as the Premier League’s most prolific player under the age of 23 is Robbie Fowler, another teenage sensation to come through the academy ranks at Liverpool.

The Anfield faithful idolise a local lad done good, and they quickly took a fresh-faced Fowler to their hearts following his goalscoring exploits for the Reds in the mid-90’s.

Regarded as one of the most natural finishers the Premier League has seen, Fowler scored prolifically in Liverpool red during his first seasons in the first-team set up, being named as the PFA Young Player of the Year in consecutive seasons in 1995 and 1996.

Amongst his most memorable moments came a quick-fire hat-trick against Arsenal, his treble in under five minutes setting a new record that would last more than two decades before being broken.

Fowler scored 93 league goals before his 23rd birthday, before going on to take his tally to 163, where he remains the seventh-highest scoring player in the division’s history.