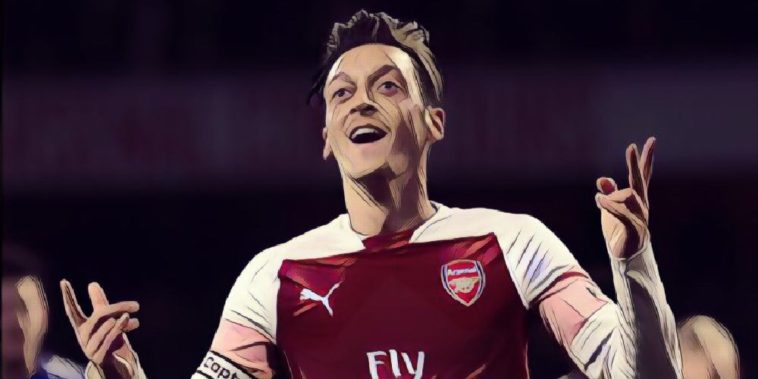 So that’s it, after months of rumours and speculation the summer transfer window has finally slammed shut, with yesterday’s deadline day perhaps lacking the drama we have seen in previous years.

Elsewhere Fulham bolstered their struggling squad with some eye-catching loan arrivals, whilst new faces also arrived through the doors at the likes of Everton, Southampton and Leeds.

Following the deadline day action we’ve decided to look back at some of the notable late window moves ever, here are the six most expensive summer deadline day signings in Premier League history:

Last summer’s transfer market saw Everton complete an expensive summer outlay with the capture of Alex Iwobi from Arsenal, the Nigerian international moving to Merseyside in a deal worth £35m.

Iwobi had come through the academy ranks at the north London side before establishing himself as a first-team player, lifting the FA Cup and reaching two further cup finals during his time with the Gunners.

Everton’s late move for the player came after a failed attempt to sign Wilfried Zaha from Crystal Palace as the club sought creativity on the flanks, though Iwobi’s debut season at Goodison proved to be underwhelming.

The 24-year-old scored just one league goal and failed to provide a single assist during the 2019/20 campaign, the Nigerian finding himself on the fringes of Carlo Ancelotti’s plans since the Italian’s appointment as manager.

By mocking the excitement of Evertonians the joke is on us

Another late window sale from Arsenal, the club selling midfielder Alex Oxlade-Chamberlain to divisional rivals Liverpool on the final day of the 2017 summer transfer window.

Oxlade-Chamberlain signed for the Gunners as a precociously talented teenager from Southampton and spent six years at the Emirates, establishing himself as a senior England international despite struggling to hold down a defined role in the side.

Having seen his versatility hinder his progress at Arsenal despite a treble of FA Cup victories, Jurgen Klopp signed the star with the promise of regular opportunities in his favoured central midfield position.

Following a slow start he grew in importance for the Reds as a dynamic link-man between a workman-like midfield and the club’s attacking three, before a serious knee injury halted his progress.

He has since recovered and helped the club to Premier League title success last season, but has struggled to cement a starting spot amid fierce competition for midfield places at Anfield.

Every transfer deadline day deal in the Premier League

Danny Drinkwater had impressed as part of Leicester City’s historic title-winning side, but even with that achievement there were still questions asked following a £35m deadline day move to Chelsea the following the summer.

It has proved a hugely expensive mistake with Drinkwater failing to make any form of an impression during a debut season that delivered just five league starts, his fortunes worsening still following the arrival of former Blues boss Maurizio Sarri who swiftly made it clear the midfielder was not part of his plans.

Drinkwater has failed to make a league appearance for Chelsea in more than two years and endured underwhelming loan spells at both Burnley and Aston Villa last season, his career currently at a crossroads with the 30-year-old having no future at Stamford Bridge.

Amongst the most high-profile deadline day swoops, Arsenal smashed their club transfer-record to sign Mesut Ozil from Real Madrid in the final hours of the 2013 summer window.

Ozil was regarded as one of world football’s premier playmakers when deciding to leave the Bernabeu for English football, his signing regarded as a significant coup for an Arsenal side who had largely struggled to compete in recent seasons.

The German’s arrival brought feverish excitement amongst the Gunners’ faithful and he initially started brightly in the Premier League, his creative class shining through for Arsene Wenger’s side.

He has won the FA Cup on three occasions for the club and enjoyed a fine individual season during the 2015/16 campaign, finishing just one short of matching the Premier League’s all-time single season assist record after providing 19 goals for his Arsenal teammates.

His stock since then has fallen markedly, however, with the diminishing role of the traditional number 10 leaving Ozil as an odd one out at the Emirates, falling out-of-favour under both Unai Emery and later Mikel Arteta with the midfielder currently exiled under the latter.

But for his club-record wages providing a huge stumbling block, he would have likely moved on some time ago.

Eyebrows were raised when Manchester United splashed out on an unproven French youngster in the closing hours of the 2015 summer transfer window, with Anthony Martial having only recently burst onto the scene at Monaco.

The forward had made just 49 league appearances for the Ligue 1 side but it was enough to convince the Red Devils of his talent and potential, United signing the player in a deal which could potentially rise up to an estimated £58m.

That deal comprised of an initial £36m fee with a host of future add-ons, the Premier League side later paying an additional £7.2m after Martial reached 25 goals for the Old Trafford outfit.

The deadline day arrival announced himself in some style with a stunning solo goal against rivals Liverpool on his debut, scoring 17 goals in all competitions during an impressive debut campaign.

Since then his career at United has been one of highs and lows with a series of purple patches mixed with spells out-of-favour, though his form under Ole Gunnar Solskjaer has pointed towards the France international finally fulfilling his potential.

Last season saw him score a career-best 23 goals in all competitions after being restored to a central position, being named as the club’s Players’ Player of the Year for his performances as the Red Devils focal point.

The fourth deal featuring Arsenal to feature on this list, yesterday’s signing of Thomas Partey from Atletico Madrid ranks as the most expensive summer deadline day signing in Premier League history.

Partey had emerged as a key target for Mikel Arteta with the north London side linked with a deal throughout the transfer window, but some late manoeuvring – including the loan departures of Matteo Guendouzi and Lucas Torreira – allowed the Gunners to make their move.

The Ghana international arrives as one of Europe’s premier box-to-box talents with the 27-year-old’s dynamism seemingly perfectly suited to the demands of English football, Partey a player with elite athleticism and an instant upgrade on Arsenal’s midfield options.

He arrives with a wealth of top-level experience having impressed for an Atletico side competing for honours both at home and in Europe in recent seasons, and the Gunners will be hoping that Partey can prove the missing piece in Arteta’s jigsaw as the club look to return to the Champions League.