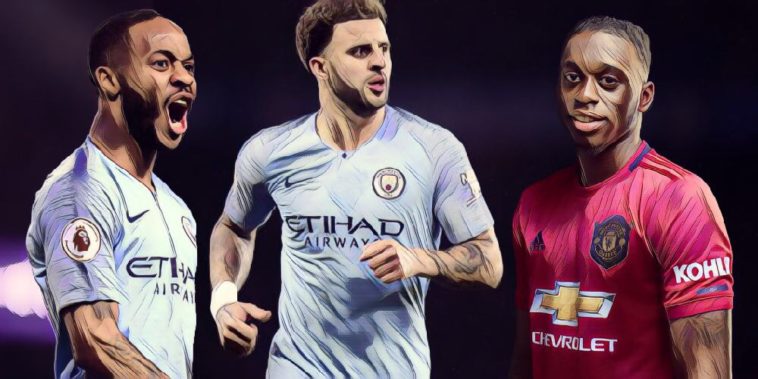 Every football fan loves to see their club making a big money signing, and while it’s always nice to sign a flamboyant Frenchman or a silky South American for example, there will always be a need for clubs to sign domestic players.

There’s always seemed to be a premium on English players, and the introduction of the homegrown player rules in 2015 and the influence of the Premier League‘s massive TV deals has only increased that premium.

So, we’ve taken a look at the most expensive English players of all time…

He was an integral part of Leicester‘s most incredible of seasons in 2015/16, forming a superb midfield partnership alongside N’Golo Kante, as Claudio Ranieri defied their 5000/1 odds to lift the Premier League crown.

Kante headed off to Chelsea in the summer of 2016, but Drinkwater stayed at the King Power for one more season, before rejoining his former teammate at Stamford Bridge.

While Kante had continued his meteoric rise to become one of the games greatest holding midfielders, Drinkwater’s time at Chelsea has been nothing short of a disaster.

He made just 12 appearances in his first season at the club, before making just one appearance under Maurizio Sarri, and that came in the Community Shield final defeat to Man City.

What a waste of money.

But, back in January 2011, when Liverpool decided to spend £35 million on this rough and ready Geordie to replace Fernando Torres, the ponytailed one became just that, and even then, there were plenty of raised eyebrows to say the very least.

Having sold Torres to Chelsea for £50m, Kenny Dalglish decided to try to bring back the old fashioned ‘little and large’ partnership, linking Carroll with £22.8m signing, Luis Suarez, despite the former Newcastle striker’s main achievements being scoring 17 goals in the Championship.

While one of Liverpool’s January additions of that year would go on to become one of the best players in the clubs history, Andy Carroll certainly did not, and he left the club to join West Ham two-and-a-half-years later, with just 12 goals to his name in a red shirt.

£35 million! What was King Kenny thinking?

Having swapped Championship side Barnsley for Everton for just £3 million in 2013, Stones developed a reputation as a modern, ball-playing centre-half, a reputation which eventually saw him becoming the worlds most expensive defender when Man City threw £47.5 million at their Merseyside neighbours in 2016.

The Yorkshireman instantly became a first-team regular under Pep Guardiola, making 41 appearances in his debut season at the Etihad, although has since seen his place in the starting XI become less of a certainty, with question marks still hanging over his decision making at times.

While he has certainly played a big part in the Citizens recent successes, especially with THAT goalline clearance against Liverpool in the 2018/19 title race, it’s hard to tell, at £47.5 million, if he has provided value for money.

The 2018-19 Premier League title could be settled by a matter of centimetres. ? pic.twitter.com/Mfu37XIC1i

There were also a good few question marks surrounding Manchester City’s £49 million purchase of Raheem Sterling from Liverpool in 2015, although those question marks have certainly disappeared, with Sterling looking like one of English footballs finest talents in recent years.

While he had made a name for himself as a pacey forward for Liverpool, he had proved very little, scoring just 23 goals in 129 outings for the Merseyside club, with massive question marks over his finishing ability.

However, Man City had clearly seen something in the London born forward, with Pep Guardiola transforming him into one of the Premier League’s most creative and effective players over the last few seasons.

Over the course of the 2017/18 and 2018/19 campaigns, Sterling has netted 35 goals and provided 21 assists in the Premier League alone, helping the Citizens to back-to-back titles as well as an unprecedented domestic treble.

At £50 million, Aaron Wan-Bissaka becomes the most expensive player in history yet to have made 50 senior appearances, having only played 46 times for Crystal Palace.

He enjoyed an impressive season with the Eagles in 2018/19, making more clearances, tackles and interceptions than any other full-back in the entire division, as well as also having the best success rates in terms of tackles and take-ons.

Time will tell if he will join the growing list of expensive Manchester United flops, or whether he will turn out to be a bargain.

City’s exorbitant outlay on defenders in 2017 was down to Pep Guardiola’s seemingly unmatchable style being heavily dependent on his full-backs, and having enjoyed a superb season with Spurs in 2016/17, the Sheffield-born man opted for a big money move back up North.

It was a move which certainly paid dividends, being an integral part of Man City’s back-to-back title successes.