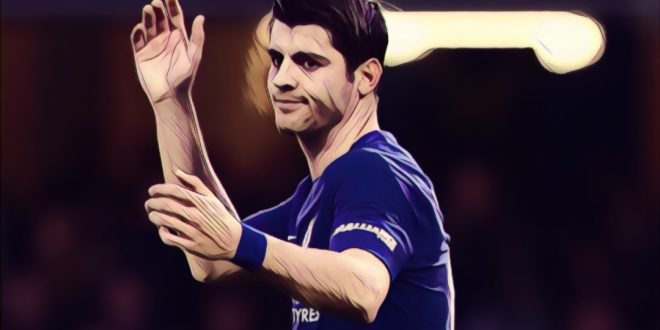 Chelsea are willing to recall Alvaro Morata from his Atletico Madrid loan spell this summer according to reports.

The Blues are currently operating under a two-window transfer ban, something which could leave them somewhat light up front for the upcoming Premier League campaign.

They do of course still have Alvaro Morata on the books, with the Spaniard currently on an 18-month loan deal at Atletico Madrid, with the 26-year-old rediscovering some kind of goalscoring form for Los Rojiblancos, netting six goals in 15 La Liga appearances.

According to the Telegraph though, his loan move in the Spanish capital could be cut short by Chelsea, unless the Madrid based side stump up £50 million to make his move a permanent one.

Morata has already revealed his desire to stay at the Wanda Metropolitano, although, with Atletico set to splash €120 million on the signing on Joao Felix, the La Liga runners up will need to raise money through player sales if they intend to keep the Chelsea loanee.