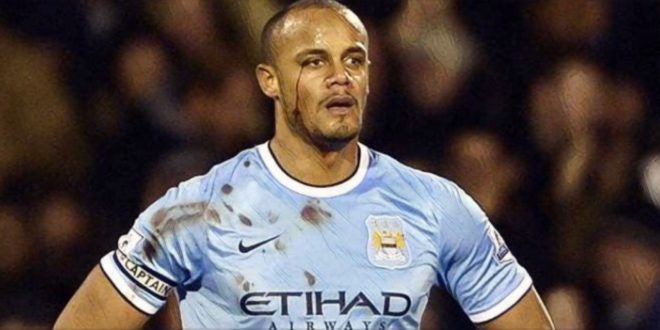 Five of the most embarrassing own goals in Premier League history

Harry Diamond 08/06/2020 Five of the Best, Opinion/Features Leave a comment

We’re not quite exactly sure why, but there’s something oddly pleasing about watching paid professionals have somewhat of a stinker.

Alongside simple stumbles or goalscoring gaffes sits the wonderful world of own goals, perhaps the biggest faux pas a footballer can make and one which causes delight and despair in equal measure.

Throughout the Premier League era we’ve seen a series of own goals that have left fans scratching their heads, and we’ve decided to celebrate some of the most infamous the league has seen.

Here are five of the most embarrassing own goals in Premier League history:

Peter Enckelman’s Premier League career will forever be synonymous with one moment, and unfortunately for the former Aston Villa goalkeeper it is not one he will remember with much fondness.

Enckelman chose the hostility of a Second City derby to make one of the most notorious goalkeeping gaffes the league has seen, scoring an own goal and making a mistake from which his Villa career arguably never recovered.

Trailing by one goal at a raucous St Andrew’s, the Finn allowed a simple throw-in from Olof Mellberg to roll under his foot, the referee deeming the ball to have touched Enckleman’s studs and the goal stood.

Villa capitulated and conceded again shortly after, losing 3-0 to a Birmingham side enjoying their very first season in the Premier League.

If this beauty from Tony Popovic was scored at the opposite end, the Australian defender would have been firmly in contention for the Goal of the Season accolades.

The Crystal Palace centre-back meets Steve Stone’s near-post cross with a delightful flick of the right boot, sending the ball on a perfect trajectory into the corner off the far post.

Perhaps the most aesthetically pleasing own goal in the history of the Premier League, it is difficult not to wonder just what Popovic was intending, the defender known more for his no-nonsense approach than any form of tricks or flicks.

Football’s to the face fits into a perfect category – alongside epic falls, children swearing and unreturned high fives – that everyone secretly finds funny, and for that reason, this effort from Gareth Bale is a more than deserving inclusion on this list of outrageous own goals.

To his credit, Bale’s role in this embarrassment is largely unavoidable, but it doesn’t stop it being any less amusing.

Aaron Lennon thought he had fulfilled his smallest-player-to-the-post role to perfection when he scooped clear Steven Gerrard’s goal bound header from under the crossbar, only to see his clearance cannon off the face of Tottenham teammate Bale to hand Liverpool a route back into the clash.

Bale lay flat on the White Hart Lane turf as if he’d been pole-axed by a prime Mike Tyson, though his hands were arguably covering his blushes rather than any injuries of note.

Just remembered this Gareth Bale own goal. Rodgers celebrating like it was a well worked team move pic.twitter.com/EY9vR0in33

Vincent Kompany will forever be remembered amongst the greats of the Premier League era and the Belgian certainly earned legendary status in over a decade at Manchester City, captaining the club to four league titles as a new era of success was ushered in at the Etihad.

The sight then of a player of such quality contributing one of the great own goals adds to its appeal, a delightful sliced effort from the centre-back which looks impossible to execute if it was intended.

Playing almost as if his boots were tied together, Kompany somehow managed to scoop a low cross over the heads of both himself and Joe Hart and into his own goal off the far post, a mishap he later blamed on a bloodied eye.

Vincent Kompany scored this ⬇️ own goal in front of the Hammy End.

Now this is an own goal.

Had any spectator been unaware which side Vergini was playing for, they may have acclaimed the Argentine in some style following a brilliant and pure instinctive finish, the Sunderland defender making the sweetest of connections to score an iconic goal.

This week marks five years since one of the great own goals of our time.

Vergini’s goal simply has all the elements of a great own goal, an unstoppable effort that no matter how many times it is replayed still leaves you feeling utterly baffled and bemused.

That the full-back’s faux pas came in an 8-0 thrashing against Southampton of all teams just adds further to its hilarity.