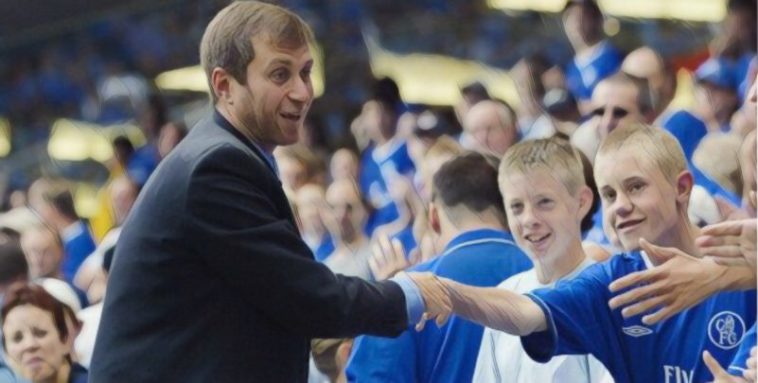 As Trevor Birch entered the home dressing room at Stamford Bridge prior to the final game of the 2002/03 season, he was fully aware of the enormity of the occasion and the consequences that failure would bring that day. This was no mere end of season procession. For the Chelsea it was a life or death scenario.

Chief Executives are not famed for their team talks, but Birch felt compelled to get his message across before kick-off. Chelsea had to avoid defeat to Liverpool and secure the financial windfall that came with a Champions League place. Failure to do so would spell disaster, a fire sale of players and an implosion similar in scale to that of Leeds United. The night before, Birch had even gone to the extreme effort of hiring a veteran officer of the Vietnam War to give a motivational talk to the squad at Hyde Park’s Royal Lancaster Hotel.

The need for extreme measures was warranted. The club’s books were a mess. An interest payment of just over £20 million was due to creditors that month and debts of £80 million had put off a number of potential buyers as Ken Bates desperately tried to flog the club he had purchased for £1 in 1982.

Barring one nerve-shredding minute, when a Sami Hyypia header had given Liverpool a fleeting lead, Chelsea faced up superbly to enormous pressure. Danish winger Jesper Gronkjaer is credited with one of the most important goals in the history of the club, after his curling effort from the saw secured all three points. However, Chelsea only needed a point to secure fourth place, so Marcel Desailly’s timely equaliser is every bit as important.

The clash was dubbed the “£20 million match” with the victor awarded the increasing vital spoils of joining Europe’s football elite. What happened in the weeks that followed Chelsea’s victory however would gazump that precious revenue stream and transform the West Londoners beyond all recognition.

Behind the scenes, former Israeli sports journalist turned football super-agent Pini Zahavi had made the most seismic of introductions. It was he who introduced a quiet, unassuming, and slightly scruffy looking 36-year-old Russian with a net worth of just over £7 billion to Chelsea’s increasingly desperate Chief Executive in the summer of 2003.

Roman Abramovich had been keen on buying a Premier League club since attending Manchester United’s Champions League quarter-final clash with Real Madrid earlier that season. The oligarch who had made his fortune during the post-communist era, was a major shareholder in Russia’s largest oil firm Sibneft and held close links to the new regime of Vladimir Putin.

In financial circles, it was no longer a secret that the billionaire was in the market for a Premier League team. Manchester United and Portsmouth were said to be seriously considered, as were Spurs, with some preliminary talks held with the club’s owners. Abramovich though was reportedly left underwhelmed by North London and is said to have likened it the industrial heartlands of Siberia as he was driven through the area.

Despite their crippling debt, Chelsea was an appealing project for the oligarch. Their affluent West London post code was a pull factor but, crucially, what tipped the scales firmly in their favour was their success in achieving that final Champions League place. As current Chelsea chairman Bruce Buck said in an interview with The Guardian a couple of years later:

“The London location was a plus…In terms of creating an international brand, to me a London-based brand has a better ring to it than a Manchester or Newcastle brand…But what was most important was that we were already in the Champions League.”

A deal in principle is said to have taken barely 15 minutes to thrash out with Bates later meeting the Russian and his representatives to formally conclude the sale. The total outlay was £140 million, with the club’s £80 million debts absorbed by the new owner’s vast fortune overnight.

In Abramovich they had a new owner who had gone on record in a rare interview with the BBC to say that his investment was not motivated by ensuring a return, he was simply looking to have a bit of a fun with his new football club.

Within the space of just a few weeks, Chelsea had been pulled from the brink of insolvency to become the bookies favorites for the title. Just north of £120 million was shelled out on star names such as: Joe Cole, Damien Duff, Hernan Crespo, Juan Sebastian Veron and Claude Makelele.

Rival football clubs and their executives looked on with a mixture of amazement and horror as overnight a new super power had emerged in the Premier League. Chelsea had enjoyed a period as entertaining cup winners in the late nineties but they had never threatened to make a sustained bit for a first league title since 1955.

After such an extreme influx of new players and lavish expenditure, the Blues were primed to upset the duopoly of Manchester United and Arsenal at the top of the table. Birch later admitted that he was shocked with the pace of their transition and spending stating: “Within six weeks I think I’d spent more than any other chief executive had spent in their entire life! I think it got to about £120m.”

Accusations of money laundering and cries of foul play were flung in the wake of the Russian’s all conquering takeover by some rival club directors and journalists, but the writing was very much on the wall; the Billionaire was here to stay.

Abramovich’s takeover of Chelsea went beyond a mere whirligig of transfer activity. It marks a moment that forever transformed the landscape of English football. His decision to spend his mountain of rubles on a fun-filled vanity project was every bit as dramatic and influential as the foundation of the Premier League in 1992.

After the Oligarch’s arrival, it was naive and outdated to expect a local custodian to drag a football club into the competitive realm at the top of the league. Abramovich signalled the start of the sugar daddy era as clubs scrambled to replicate or at the very least, attempt to keep up with this new and boundlessly wealthy interloper.

David Moores would accelerate his sale of Liverpool Football Club once it became painfully obvious that he no longer compete. Sir John Hall followed suit as Newcastle United looked for outside help. Other clubs would become magnets for other billionaires over the next decade as QPR, Portsmouth, Blackburn Rovers and of course, Manchester City, all came under immensely wealthy foreign ownership.

Birch is reported to have said of the takeover: “It was the catalyst for change in English football. It forced other clubs to look for other sources of revenue and paved the way for foreign ownership.”

A decade into his ownership at Stamford Bridge, Abramovich had spent £2 billion and transformed Chelsea into prize winners both domestically and on the continent. They are currently the ninth richest football club in the world and have won 16 major honours since 2003.

Oddly enough his first game as owner was at Anfield against Liverpool on the opening day of the 2003/04 season. There were no war veterans giving rousing speeches or warnings of impending financial doom this time around. Chelsea would nick it late on and secure only their second win away at Liverpool in 68 years.

The end result may have been the same but the consequences of that encounter barely three months earlier had driven an enormous wedge between the two sides. Chelsea were no longer a team of entertaining nearly men, they were contenders for a Premier League title that was now a primary target for foreign investors all over the world. English football was about to get a multi-billion pound reboot and things would never be quite the same again.