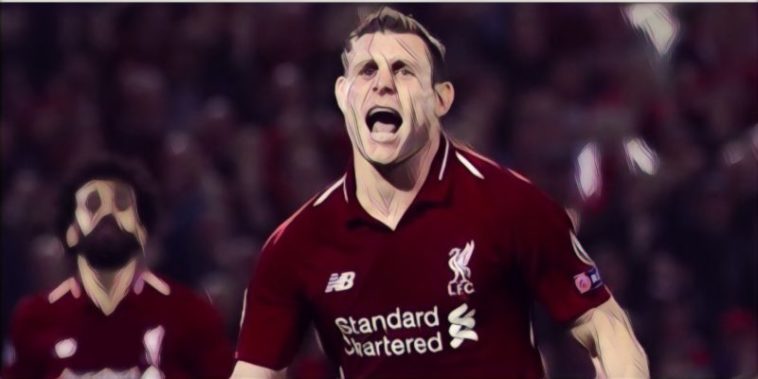 Liverpool face Tottenham in the Champions League final on June 1, looking to win their first major trophy since League Cup success in 2012.

Having finished as Premier League runners-up by just a single point, the club will have the opportunity to win their first silverware under manager Jurgen Klopp.

The German has a concerning record in major finals, winning just one of seven over spells at Borussia Dortmund and Liverpool.

“What we did (against Barcelona) gives us a chance to go and redeem ourselves and get a piece of silverware because I think everyone deserves a bit of silverware,” the midfielder told liverpoolfc.com.

“I think the team especially, these boys, how they grind out results.

“What we’ve been through in the last two weeks…I haven’t got enough good words to say about the character within the squad, the ability and the mentality.

“The boys deserve a bit of silverware, but the fans do too.

“The fans have been unbelievable all year, they’ve lifted us when we’ve needed them, they’ve stuck with us when it’s been tough in games.”