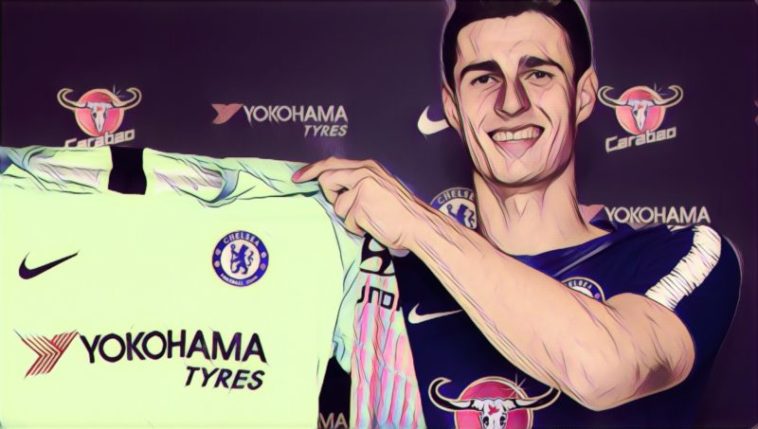 It’s been a strange transfer window so far this summer, with just under two weeks to go before it slams shut™ it feels like many of the big clubs still have a lot of business to do if they are going to be competitive next season.

While we patiently wait for some of the mooted big-money deals to come to fruition, we thought we’d take a look back at the most expensive transfers from the previous window and rate how they got on at their respective clubs…

Much like with the Alexis Sanchez signing, Manchester United gazumped Pep Guardiola and Man City to complete a deal for Brazil international Fred last summer. And sadly for Red Devil’s fans the former Shakhtar Donetsk central midfielder has also been a massive flop.

Underused by Jose Mourinho the manager who signed him due to a concern about a lack of defensive cover in midfield, the 26-year-old has been handed more game under Ole Gunnar Solskjaer, but has failed to make much of an impact.

Worryingly after 24 games in all competitions during his debut season at Old Trafford we’re still struggling to work out what kind of midfielder Fred is: he’s not good enough defensively to be a holding player, not good enough on the ball to be playmaker, and he’s nowhere near skillful or dynamic enough to be classed as an attacking midfielder.

To be fair to Fred he’s walked into a Man United side that are an absolute shitshow right now, and we’ll steer clear of completely writing him off as plenty of players have taken a season to adapt to English football before going on to carve out successful careers. But, let’s be honest the initial signs aren’t good.

A hugely impressive 2016/17 Bundesliga season with RB Leipzig, in which the Guinean international scored eight goals and provided seven assists convinced Liverpool to part with big money to bring 24-year-old Keita to Anfield.

Before his arrival last summer the hype surrounding Keita went into overdrive, with Liverpool fans telling us to expect – based on youtube videos most likely – a cross between Steven Gerrard and N’Golo Kante. Things have not gone quite as well as expected though, with Keita scoring just twice and providing one assist in 27 Premier League appearances.

However, Keita’s form did begin to improve towards the end of the season and he showed signs that he is finally getting to grips with the pace and physicality of the English top flight, meaning Jurgen Klopp will be optimistic that the player he waited an entire season for will be ready to make a big impact next campaign.

After almost joining Man City in January 2018 Mahrez finally got his dream move to the Etihad in a club record deal last summer. While the Algerian winger will be happy to have collected his second Premier League winners medal, he has struggled for regular game time under Pep Guardiola, starting just 14 top-flight games.

It may well be that the former Leicester man needs time to adapt to his new coaches methods and he will once again start to look like the matchwinner we saw so often at Leicester. However, it’s hard to shake a sneaky feeling that the mercurial attacker might be too much of an individualist to properly fit into Guardiola’s well oiled winning machine.

The man once famously dubbed ‘The Messi of Goalkeepers‘ arrived at Anfield in a then world record deal for a goalkeeper last summer, with Liverpool fans hopeful that the 26-year-old would finally be the solution to the clubs long standing issues between the sticks.

Now the season is over and the Brazil international has claimed the Premier League Golden Glove after keeping 21 clean sheets it’s fair to say Reds fans will be happy with their clubs hefty summer outlay.

Alisson has had a couple of hairy moments along the way, but all in all, he’s been superb and has made some crucial stops for his side throughout the season. His performance in the Champions League final against Spurs was a huge factor in the Anfield outfit sealing their sixth European crown.

Despite becoming the World’s most expensive goalkeeper ever on transfer deadline day last summer, 24-year-old Spain international Kepa had gone about his business relatively quietly. That was until the Carabao Cup final between Chelsea and Man City in February, when shit got real, real fast.

As the game entered the final throngs of extra time and a penalty shoot-out was on the horizon, Chelsea boss Maurizio Sarri tried to sub Kepa off in favour of second-choice ‘keeper Willy Caballero. However, in a bizarre and gloriously entertaining turn of events, the young Spaniard refused to leave the pitch, which naturally sent his manager apoplectic with rage.

Chelsea lost the shootout and in short, Kepa became the talk of World Football, with everyone from Yer Da to the Dali Lama lining up to condemn his actions.

Maurizio Sarri tries to substitute Kepa Arrizabalaga for Willy Caballero, but Kepa refuses to come off and Sarri is absolutely FURIOUS! ? pic.twitter.com/Q81v6ry3Kk

However, Kepa soon apologised for his behaviour and has gone onto to finish the season in fine form for the Blues, even completing his redemption arc with the winning penalty save in the Europa League semi-final that has set up a mouthwatering, all-English clash with Arsenal in Baku at the end of the month.

Much like Alisson, Kepa has been questioned at times this season, but all things considered, he’s had a reasonably solid first season at Stamford Bridge. Very much a modern goalkeeper, his distribution off either foot has been impressive and the former Athletic Bilbao man looks set for a long career at the top of the game.

He’s getting docked a grade for his Wembley antics though!