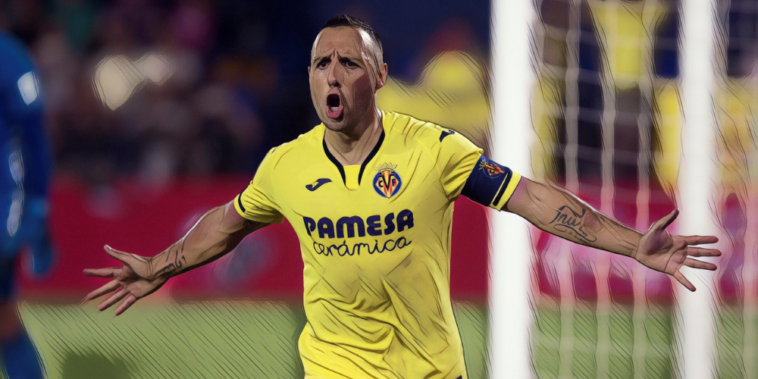 Santi Cazorla is a footballer who has become a firm favourite wherever his career has taken him, a midfielder whose natural talent has made him universally appreciated by the fanbases of his former clubs.

Cazorla’s best seasons came in an era where Spanish football’s diminutive dictators revolutionised the way football was viewed globally, with the nation possessing a depth of wonderfully gifted midfielders that is unlikely to ever be repeated.

Whilst the likes of Xavi, Andres Iniesta and Xabi Alonso starred for over a decade on the world stage, Cazorla’s journey has been on an altogether different path, taking time to win appreciation before fighting back on an arduous road from severe injury to make a romantic return when all appeared over for ‘the little magician’.

Born in Llanera, northern Spain, Cazorla’s footballing venture began with local side Real Oviedo, though his talents were soon spotted by Villarreal who capitalised on successive relegations and financial crisis at Oviedo to sign their talented teenager.

His introduction to the side was gradual with limited appearances following his debut in 2003, before scoring seven goals across all competitions the following season as Villarreal secured a top-four finish and Champions League qualification.

Somewhat surprisingly, the midfielder was sold to newly-promoted Recreativo de Huelva for just €600,000 ahead of the 2005/05 campaign, though Villarreal included a buy-back clause as an insurance policy.

It proved a wise decision, as after just one impressive season – in which he was named as the Spanish Player of the Year by Sports magazine Don Balon – Cazorla was back at El Madrigal after the clause was activated by Villarreal.

His impact was immediate with a goal on his second debut against Valencia, with the midfielder proving instrumental as Villarreal secured a runners-up finish in La Liga – scoring five goals and providing nine assists.

Predictable interest arrived from Spain’s superpowers after the midfielder formed part of Spain’s drought-breaking Euro 2008 success, though Cazorla soon shut down speculation over a move to Real Madrid.

“There are many other things in football besides Real Madrid. It’s clear that it is possible to say ‘no’ to them, there is no doubt that they are a great team, but I also feel very satisfied and valued at my club.”

Cazorla continued to grow in influence as the creative heartbeat of the Villarreal side, his willingness to command possession and exert control between oppositions lines evident.

His second spell with the side came to an end in 2011, Malaga – amid fresh investment from new owners – making Cazorla their record signing in an ambitious window of recruitment that included the arrivals of Ruud van Nistelrooy and Jérémy Toulalan.

The move reunited Cazorla with former manager Manuel Pellegrini, and as Villarreal dropped from the Champions League to Spain’s second tier in the space of one season, his new side went from strength to strength to secure their own place amongst Europe’s elite.

Malaga’s success proved short-lived and the bubble soon burst however, the high sums spent on transfer fees and wages resulting in financial losses as the Spanish side became the first to be banned from a UEFA competition for breaching Financial Fair Play regulations.

In need of income, their major assets were sold, Cazorla and teammate Nacho Monreal signing for Arsenal, the former for a bargain figure of less than £15m.

Cazorla was established as one of Spain’s best creative talents, his final season in La Liga having seen the midfielder create 82 goalscoring chances, ranking him behind only Lionel Messi, Mesut Ozil and Jesús Navas.

Summer signings are always warmly welcomed, but it took little time for the Arsenal supporters’ feelings to change from intrigue to enchantment.

It was love at first sight.

Cazorla started the season brightly, his orchestrating of the side helping the Gunners’ fans overcome Robin van Persie’s summer defection to Manchester United.

The early years of the Premier League would have seen fans scoff at the prospect of Cazorla handling the demands of the division, the blood-and-thunder of the English game no place for a footballer so slight of stature.

Here he was, however, five foot four inches of pure inspiration.

He made an immediate impact with a goal and assist in an early season win at Liverpool and continued to sparkle in an advanced role, finishing the season with 12 goals and 12 assists – including all four assists in a 4-1 thrashing of Wigan.

Cazorla netted a hat-trick in a win at Reading and starred during a north London derby destruction of Spurs at the Emirates, providing a goal and an assist as the Gunners romped to a 5-2 win.

The arrival of Mesut Ozil saw Cazorla shifted to a wide role as FA Cup success arrived in 2013/14, with the Spaniard central to Arsenal’s run to the final.

He scored the decisive penalty as holders Wigan were beaten in a shoot-out in the semi-finals, before scoring a fantastic free-kick to spark a comeback win against Hull in the final, after Arsenal had found themselves 2-0 down inside eight minutes at Wembley.

Cazorla’s best performances came after dropping deeper into a more unfamiliar two-man pivot at the base of the midfield, his technical talents flourishing as the conductorial hub of the side.

The eye-test showed Cazorla to be a magnificent footballer, and the statistics only added to that sentiment as he finished behind only Cesc Fabregas for assists in the Premier League in 2014/15 – a season which saw him named as man of the match as the FA Cup was retained against Aston Villa.

An abiding memory of Cazorla is his incredible ambipedal ability, the midfielder often taking set-pieces with either foot, altering his run-up as teammates stationed inside the penalty box demanded different deliveries.

It was this two-footed talent that made Cazorla most at home in central positions, able to manipulate both the ball and opponents equally comfortably on either side, allowing him to be one step ahead.

However, as Arsenal started to assemble a side perhaps capable of a sustained challenge for the title, disaster struck for Cazorla.

An injury sustained in a Champions League clash with Ludogorets appeared minor, but resulted in a torturous and testing road to recovery following unforeseen events.

Cazorla never kicked a ball for the Gunners again, undergoing multiple operations during a nightmare period in which the threat of an amputation became frighteningly close to a realisation.

A gangrenous infection had eaten away at the flesh surrounding his Achilles and ankle, with significant surgeries required, including the insertion of a metal plate and grafts from his forearm and hamstring to cover the gruesome scars.

A total of 636 days after his previous appearance, however, Cazorla walked out onto a football pitch once more having been handed an opportunity by former club Villarreal following his release from Arsenal.

Not only was Cazorla back to a huge ovation, but he was still just as brilliant.

Santi Cazorla still has magic in his boots 🙌

The debilitating injuries that had threatened to rob the smiling Spanish schemer of his magic had taken his best years and won the battle, but they had certainly not won the war.

He finished the season with more goal involvements in La Liga than any other teammate, numbers that improved the following season as Cazorla hit 15 goals in all competitions, in addition to a providing further 11 assists.

The Villarreal fans who had adored him previously were encapsulated once more by the mesmeric and mercurial talents of Cazorla, who had fought his way out his darkest days to be the shining light at El Madrigal once again.

Cazorla’s low centre of gravity and ability to leave defenders in his wake with quick feet and wit  made him worth the admission fees alone – his subsequent redemption story a unique one and one that will be well worth telling for years to come.