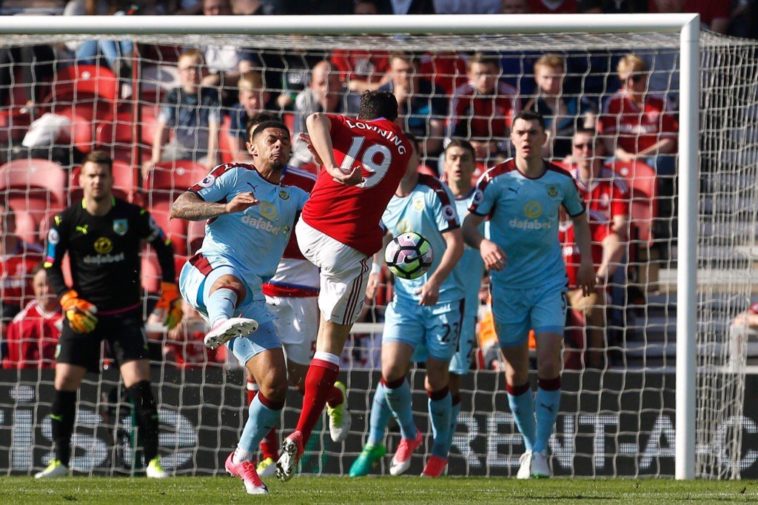 Relegation seemingly looms for Middlesbrough after they played out a 0-0 draw with Burnley, but the score-line doesn’t tell the whole story of the game.

An action, and incident packed second half left Steve Agnew feeling aggrieved that Boro didn’t take all three points, although on the balance of play, a draw was probably a fair result.

Both sides had golden chances to win the game, but neither could capitalise, and Middlesbrough will be left wondering what could have been.

It was the Clarets, who despite being on the back foot for large parts of the opening 45 minutes, had the first chance of the half. Robbie Brady’s 25 yard free kick had Valdes scrambling, but his effort struck the bar and went out for a goal-kick.

Middlesbrough started to assert themselves on the game after that, and nearly opened the scoring. A loose ball fell to Daniel Ayala in the box, but his low, driven ball was missed by Christian Stuani. A great chance gone begging.

Burnley emerged for the second half a different team and almost stamped their authority on the game when Brady again went close. A marauding run down the left from Stephen Ward saw him driving into the box, and after Ashley Barnes dummied the shot, Robbie Brady fired agonisingly wide from the edge of the box.

Boro substitute, Alvaro Negredo, was next to try his luck, but Tom Heaton was equal to his fine, acrobatic effort; producing a point blank save to deny the Spaniard back to back goals.

More good work by Ward down the Burnley left set up Sam Vokes six yards from goal, but his tame effort was blocked by Bernardo, possibly with his hand, but it would have been a harsh penalty.

Referee, Martin Atkinson, was then forced into making a huge call. Michael Keane, who was last man, appeared to bring down Patrick Bamford. Atkinson showed Keane yellow, which is what aggrieved Agnew the most after the game.

However, Agnew was wrong and Atkinson was right! Under new ruling brought in this season, if you are last man and make an accidental foul then the punishment is only yellow. Well done Martin Atkinson!

Two moments of brilliance from Matt Lowton then denied Stewart Downing and Ayala. Firstly, smart thinking as Downing stepped up to take a free kick saw him sprint back onto the line and divert the goal bound effort behind for a corner.

From the resulting corner, Lowton was on hand again to clear Ayala’s header off the line. Less spectacular, but equal in importance.

The game then petered out after Ayala chance, as Burnley sat back and took the point. Boro seemed to be resigned to the fact they weren’t going to break down a resilient Burnley back line.

Overall, it’s a point gained for Burnley. Swansea and Hull both lost, so they have opened up the gap to them a little bit more, in turn moving onto 36 points, which should all but see Premier League being played at Turf Moor next season.

As for Middlesbrough, it is definitely two points dropped, and you would imagine it would take a miracle from here for Boro to retain their Premier League status given their remaining fixtures. Steve Agnew won’t be too disappointed with their performance. They tried out a three-at-the-back system, and it worked, but they were just lacking a little bit of luck in front of goal.