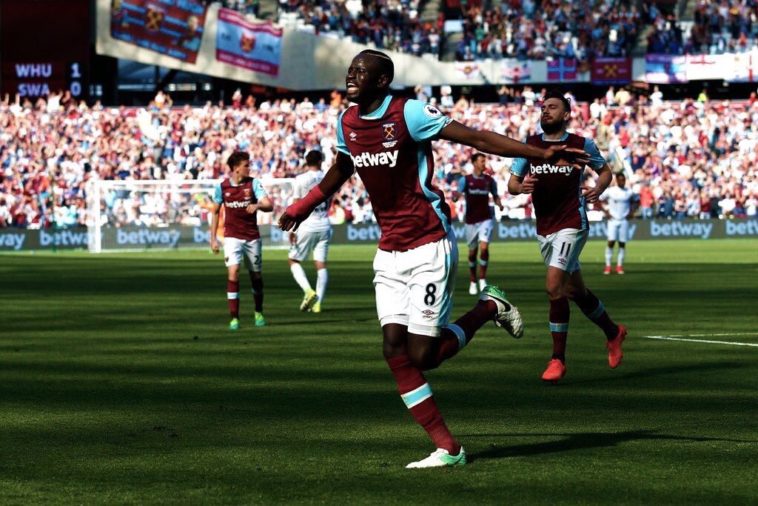 The Hammers gained a much needed victory over Swansea City, in a match captain Mark Noble described as the most important game of the season so far.

The 1-0 win at the London Stadium, ended a five match losing run and eased the Hammers relegation worries.

Defeat for Swansea leaves them in the bottom three of the Premier League with only six games remaining.

West Ham are now in 14th position on 36 points and only goal difference separates them from the three teams above. Importantly, West Ham are now eight points above Swansea in 18th.

In a must-win game for both sides, it was West Ham who dominated the first half. They had to wait, however, until the 44th minute before taking the lead, when Cheikhou Kouyate took a Robert Snodgrass pass and fired home from 25 yards.

Earlier in the half, a string of fine saves from Swansea keeper, Lusasz Fabianski, kept out efforts from Michail Antonio and Andre Ayew. A close range header by Snodgrass was also brilliantly saved, as Fabianski clawed the ball off the line with one hand.

The only negative for West Ham in the first half was a hamstring injury to Antonio, which forced him to be replaced.

Most fans were expecting West Ham manager, Slaven Bilic to introduce Andy Carroll or Diafro Sakho from the bench as Antonio’s replacement. Surprisingly though, Bilic instead brought on Argentine-forward Jonathan Calleri, who unfortunately looked off the pace and never looked likely to score.

No second half comeback

For the majority of the second half West Ham contained a rather lacklustre Swansea side with a strong defensive display.

The Swans introduced their top goal scorer Fernando Llorente at half time. Having missed two games through injury, he did not appear to be match fit and was off the pace.

Another Swansea substitute, Luciano Narsingh, came closest to an equaliser, but his powerful strike went just over the West Ham bar.

West Ham seemed content to soak up Swansea’s ineffective second half pressure and play on the break. The introduction of Sofiane Feghouli added some extra urgency to the home side’s attack, and both he and Manuel Lanzini came close to scoring.

The nearest West Ham came to getting a second goal, to wrap the game up, was when an Ayew shot, from inside the penalty area, was again tipped around the post by the impressive Fabianski.

Game of the season

After the match, Mark Noble, who was making his 400th appearance for the Hammers said:

“That’s our biggest win in a few years. The run we’ve had, we haven’t been good enough but we haven’t had the rub of the green either.

“I thought we played well under pressure. Swansea were only a few points behind us. It was so important and it’s a fantastic win for the club. One more win should see us safe.”

That win could come on Saturday, as the Hammers next fixture is away to bottom-placed Sunderland. Noble will miss this game as he is now suspended for two matches after picking up his 10th booking.

Swansea’s next game is also next Saturday when they travel to Watford for another must-win fixture.