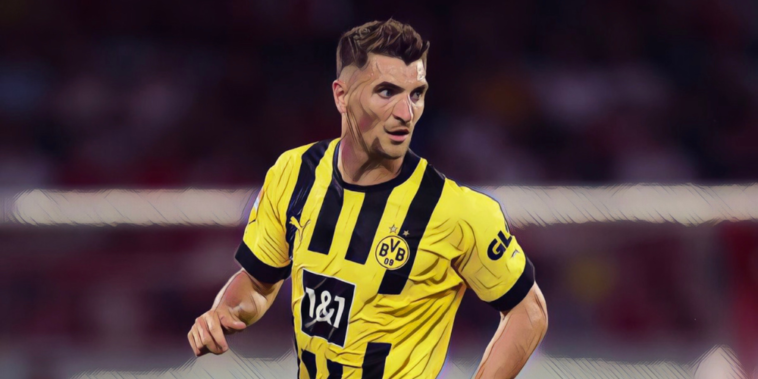 Manchester United are considering a move to sign Borussia Dortmund right-back Thomas Meunier as the club prepare for an active end to the transfer window.

Erik ten Hag wants to bring in multiple new signings before the window’s closure on September 1, with the additions of a midfielder, forward, full-back and goalkeeper all on the club’s agenda.

United’s search for a right-back has now moved to Meunier and the Telegraph are reporting that the Red Devils will submit an offer of £15m to sign the Belgium international.

Meunier would provide experienced competition for Diogo Dalot, with the 30-year-old having made 62 appearances since signing for Dortmund on a free transfer from Paris Saint-Germain in 2020. The defender previously spent four seasons in Paris and won three Ligue 1 titles at the Parc des Princes.

Meunier’s arrival would pave the way for Aaron Wan-Bissaka to depart, who does not feature in Ten Hag’s plans. Wan-Bissaka has been an unused substitute across United’s opening two Premier League fixtures and is free to leave this summer.

Crystal Palace are understood to be interested in re-signing the right-back, but are willing to pay just £10m for a player who was sold to the Red Devils for £50m in 2019. A loan deal may prove beneficial for all parties as Wan-Bissaka looks to relaunch his career.