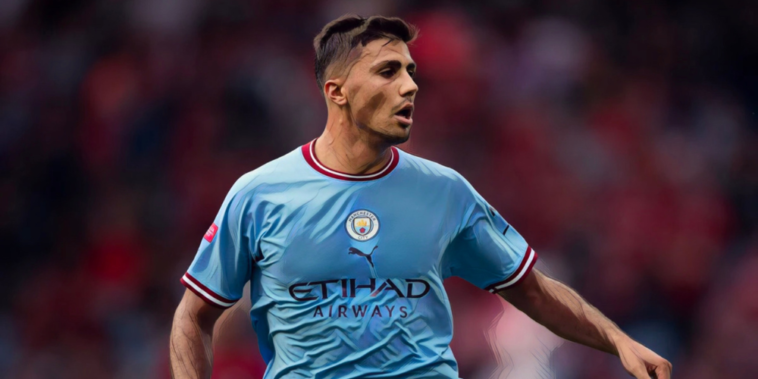 The midfield is not nicknamed the engine room without good reason, with the centre of the pitch crucial to any team’s hopes of exerting dominance on their opponents.

Acting as the conduit between defence and attack, the very best sides have often been built around the quality of their centre and the Premier League’s best teams having invested again this summer to improve their midfields.

We’ve decided to assess the options available to the Premier League’s top six and rate which side has the best midfield contingent.

Arsenal have been among the heaviest spending clubs in Europe once again this summer, as Mikel Arteta continues to receive significant backing in his bid to end the club’s Champions League exile.

The Gunners have added Fabio Vieira to their midfield group this summer, securing a €35m deal for the 22-year-old from Porto. Vieira finished as the leading assist provider in the Primeira Liga last season and will add extra creativity to a midfield containing the improving Emile Smith Rowe and Martin Odegaard.

Thomas Partey and Granit Xhaka provide the defensive pivot in Arteta’s side, with Mohamed Elneny and Albert Sambi Lokonga back-up options. The latter has been linked with a move away this summer and, with Ainsley Maitland-Niles also facing an uncertain future, Arsenal are short of genuine strength in depth.

Youri Tielemans has been linked with a move from Leicester before the end of the transfer window and would provide an upgrade on the club’s current options in a deep-lying role.

Chelsea are understood to be in the market for another midfielder and have expressed an interest in signing Frenkie de Jong from Barcelona. The club’s interest in De Jong comes amid doubts over the long-term futures of Jorginho and Kante, who are each into their thirties and in the last 12 months of their deals.

Kante has struggled with injuries across the past two seasons and on occasion has lacked his trademark dynamism, but when at full fitness is capable of dominating opponents. Mateo Kovacic is one of the most well-rounded midfielders in the Premier League, while Thomas Tuchel will also likely integrate Conor Gallagher into his plans this season following an impressive loan spell at Crystal Palace.

Mason Mount’s versatility is well-valued and he remains arguably Chelsea’s most influential performer, though the England midfielder has more regularly operated in an advanced role in Tuchel’s system.

Ruben Loftus-Cheek and Ross Barkley remain on the fringes but could depart before the closure of the window, while there are high hopes for Billy Gilmour and Carney Chukwuemeka. The latter starred as England won the UEFA European Under-19 Championship this summer and has joined in a £20m deal from Aston Villa.

Despite injury problems at present, Liverpool boast arguably the deepest squad when it comes to central midfield options.

Jordan Henderson, Fabinho and Thiago Alcantara make up Jurgen Klopp’s preferred trio, an engine room that combines work-rate, presence and flair. There is a sense that the club’s current midfield is reaching the end of its cycle however, with Henderson (32) and Thiago (31) into their thirties.

Behind those three, James Milner provides experienced cover and leadership, but both Naby Keita and Alex Oxlade-Chamberlain have struggled for form, fitness and/or favour. Keita in particular has failed to develop as hoped and, despite periods of real quality, has failed to consistently become the dynamic figure anticipated upon his arrival.

Curtis Jones and Harvey Elliott can both expect increased minutes this season, with hopes high for the latter after signing a new five-year deal this week. The teenager is regarded as one of English football’s best prospects and began last season in the starting side, before a horror injury at Leeds derailed his season.

Back fit and looking sharp he will hope to make the most of the chances that come his way this season. Fabio Carvalho is also expected to mix his time between the midfield and front three.

Despite the current depth, midfield additions are expected next season as Klopp embarks on the next stage of his empire.

It’s quality over quantity at Manchester City, who boast the most formidable midfield in world football. Kevin De Bruyne is arguably the finest central midfielder in the game right now, while Bernardo Silva’s best is also of world-class standard.

Rodri has evolved into the perfect anchor of a Pep Guardiola midfield and was outstanding during the club’s title-winning campaign last term. Ilkay Gundogan also continues to control games whenever given an extended run in the side.

That quartet alone would be enough to rate City at the top of these rankings, but the Premier League champions have added further depth with the summer signing of Kalvin Phillips.

The England international’s game flourished under the guidance of Marcelo Bielsa at Leeds and he will now hope to elevate his standards once again under Guardiola’s tutelage. Phil Foden and Jack Grealish are capable of fulfilling more advanced central roles if required.

Manchester United’s midfield malaise has been a regular source of disgruntlement for the club’s fans, who have seen their side continually fail to address an obvious flaw.

The ‘McFred’ axis of Scott McTominay and Fred are hard-working and honest, but lack the required quality in possession to control games and dominate opposition midfields.

Bruno Fernandes has been a fine addition since arriving from Sporting Lisbon, though his standards dipped last season as he adapted to Cristiano Ronaldo’s arrival and claim of the club’s talisman status.

The onus will be on the Portugal international to rediscover his best as the Red Devils look to bounce back from a nightmare start to the Premier League campaign.

Christian Eriksen will provide quality after his free transfer arrival this summer, while Donny van de Beek will hope for a long-awaited chance under Erik ten Hag. The Netherlands international was a crucial figure in Ten Hag’s Ajax team, though doubts remain over whether he has the athleticism to thrive in the Premier League.

Hannibal Mejbri and James Garner offer young alternatives, though Garner is believed to be heading towards the exit door. He impressed during a season-long loan at Nottingham Forest in 2021/22, where he scored four goals and provided eight assists to help Steve Cooper’s side to promotion.

Tottenham have overhauled their midfield across the past 12 months, securing deals for Rodrigo Bentancur and Yves Bissouma.

Bentancur has made a major impression since his arrival from Juventus in January, with the Uruguayan possessing the technical talent and work-rate to impress at the base of the Spurs midfield.

Making things tick in the middle ⏰

Antonio Conte’s preference is for a pivot of two midfielders to protect his three-man backline and in Bissouma has added a player prolific in his ball-winning. The 25-year-old averaged more interceptions and more successful tackles per 90 than any other Spurs midfielder last season.

Pierre-Emile Hojbjerg also remains a reliable performer in a defensive role, while Oliver Skipp was integrated into the senior side last season after developing out on loan.

Spurs have teenagers Pape Matar Sarr and Harvey White in further reserve, though the likes of Harry Winks and Tanguy Ndombele are expected to leave before the transfer deadline.