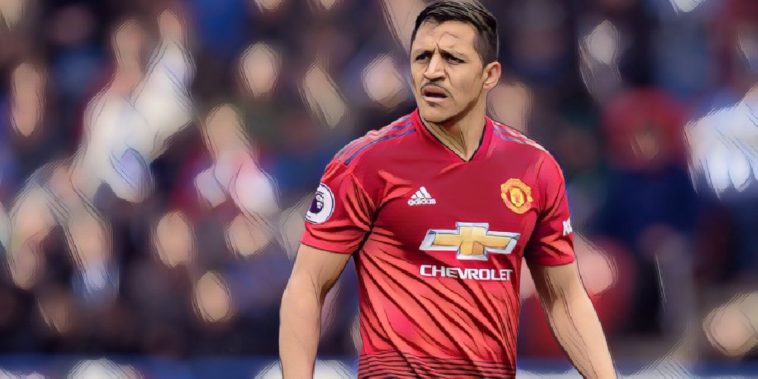 Paul Merson – a pundit hardly averse to opening himself up to the ridicule of football fans – has risked the scorn of Manchester United supporters by claiming flop Alexis Sanchez can still be an ‘asset’ to the club.

Sanchez arrived at the club in a high-profile deal from Premier League rivals Arsenal just over two years ago, though the transfer has proved to be an utter disaster as the Chile international struggled for both form and fitness despite his club-record wages.

Having scored just three league goals in 18 months as a Manchester United player, Sanchez was deemed surplus to requirements last summer and headed to Inter Milan on a season-long loan deal, where the expensive misfit has similarly failed to make an impression in an injury-hit spell.

Despite the forward having shown very few signs of his former self in over two years and being seemingly ill-suited to the United’s current set-up, Merson – whose often nonsensical punditry somehow manages to win the nation’s affection – reckons the forward could return to star for Ole Gunnar Solskjaer’s side.

“With what’s currently going on, I can’t see a team going out and spending £100m on a player anymore,” Merson told Sky Sports. “Teams are going to have to stick with what they’ve got so Manchester United keeping hold of Alexis Sanchez and bringing him back into the fold would come as no surprise.

“The other options would be to go and find a replacement and they would have to spend £60m or £70m to do it. I just don’t think clubs are going to do that anymore, and actually, I don’t think people care.

“The clubs can’t ask the government to pay the wages of their staff and then once this has passed, and hopefully it will, go and spend £60m, £70m and even £80m on players. That’s taking the mick at the highest level!

“For that reason, I can understand Sanchez coming back to play a part at Old Trafford because, on his day, he is a great player.

“After this, people are going to appreciate things a lot more now – and that includes some of the footballers who get bundles of money and think they can just stroll through. Sanchez was one of those players, but I think he will probably now think this life goes very quickly, especially a football career.

“Players might start to appreciate that more and he could come back, work hard and be a success because you can’t go from being that good at Arsenal to be that bad at Manchester United, you just can’t.

“It’s definitely a better United than the one he left too. They were flying before the suspension of the league. They’ve had some excellent performances and some brilliant results so that will benefit him too.

“He’s got to come back and appreciate he’s at one of the biggest clubs in the world, if not the biggest. There is logic in Sanchez going back at Old Trafford, he’s a top player and if they can get even half the player he was at Barcelona and Arsenal back, he’ll be an asset.”

Sancho ‘very open’ to Man Utd move, with Red Devil’s in ‘a good position to exploit’ the market