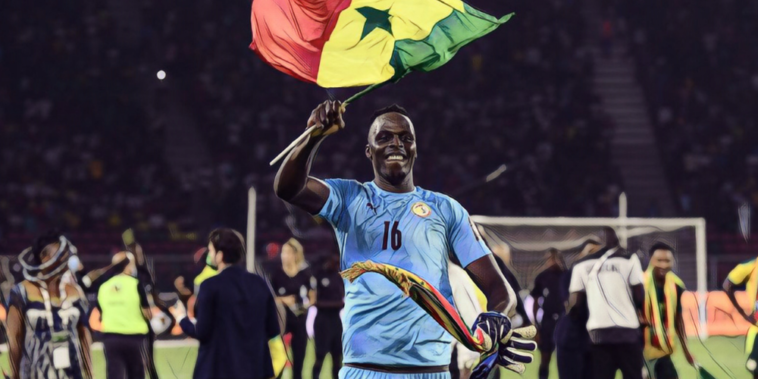 Edouard Mendy is to immediately rejoin the Chelsea squad ahead of their Club World Cup campaign, following his involvement in Senegal’s Africa Cup of Nations success.

Mendy was named as the tournament’s best goalkeeper after helping Senegal to a first ever continental championship, keeping five clean sheets including one in the final as Egypt were beaten on penalties.

The 29-year-old will now rejoin the west Londoners ahead of their Club World Cup campaign, which begins with a semi-final clash against Al Hilal tomorrow.

First-team coach Zsolt Low confirmed the news at a press conference on Tuesday, with Thomas Tuchel remaining in isolation after testing positive for Covid-19.

Low also provided updates on the fitness of Mason Mount and Reece James as the European champions look to add the inter-continental trophy to their cabinet.

“Mason is getting better and better every day,” Low said.

“We are running with the time, but we will see how he moves today, how he feels today, and then we will take a last decision tomorrow.

“For Reece James, no, there is no chance he plays in the Club World Cup. He is in a very, very good way, but he missed still some days, some training sessions to enjoy the group again, or have the possibility to play the game.”

Your favorite 3 all together! 🔥

The Club World Cup is being hosted in the UAE in 2022, with Low confirming that Mendy will be assessed upon arrival with the goalkeeper set to join up with his teammates imminently.

“Mendy arrives later today or tomorrow. We will see how he is, how tired he is,” he said. “He has to arrive first, we have to check him, we have to talk to him. We will see in a few days whether there is a possibility he plays.

“This is a good situation for the coaches where we have two amazing goalkeepers. Mendy did a fantastic performance, he won the Africa Cup, and was the best goalkeeper at the tournament. Kepa has done an amazing job and in the last game saved a very important penalty. He is also in very good shape.

“For sure when Mendy arrives we will have talks, also with the goalkeeper coaches, and we will take a decision afterwards.”

Low expressed his delight at Mendy’s success with the national side and praised the shot-stopper’s performances during Senegal’s successful tournament.

“We were very happy for Mendy. This is a very important thing for him and for all African players, to win the Africa Cup.

“He did an amazing performance. It was very important to celebrate with his team-mates, and with his country. It was a nice celebration!”