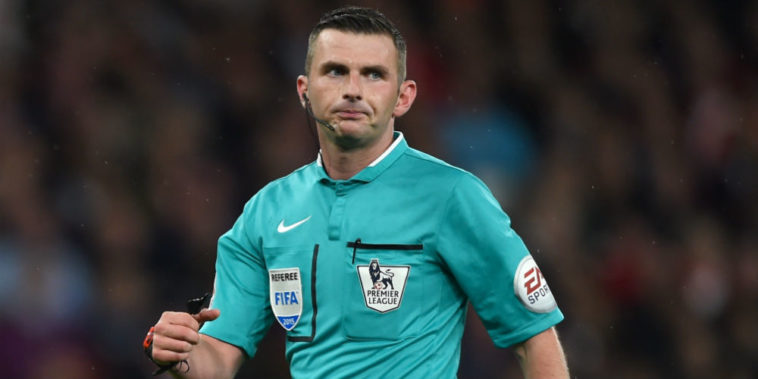 The Premier League and FA lost its most highly rated referee lat week, as Mark Clattenburg quit his post to take up a position as the head of referees in Saudi Arabia.

We have now also received news that another top young referee, Michael Oliver, could soon be following Clattenburg out of the exit door and swapping the Premier League for the MLS. How serious could the implications of this be for The Premier League?

It seems there is unrest at the PGMOB the board headed by former referee Mike Riley, who oversee the recruitment and development of officials in the Premier League. In particular with the controversial Ref360 assessment system, which analyses and assesses the performance of referees. On top of the PGMOB, officials also have to deal with the referees’ Chairman of the FA, David Elleray, and this seems to have been the cause of tensions between officials and their governing bodies.

Clattenburg personally, has had a number of high profile run-ins with his bosses over the years. Most notably receiving an eight month suspension, for irregularities in his business dealings away from football. A few years later, he would find himself in hot water again. He was alleged to have used inappropriate language towards Chelsea’s John Obi Mikel. He was later cleared of any wrong-doing.

It would seem that not only tensions with the powers that be have played a part in Clattenburgs decision to walk away. I can’t imagine he’s spent too many nights lying awake worrying about the standard of refereeing in the (in terms of world football) insignificant Saudi Arabian league, which has only 14 teams it’s top division. The fact that he has moved on for a salary that’s estimated to be between £300,000 and £500,000 per year, It would appear that this is more like a step into semi-retirement and a big pay day, rather than a step up the career ladder.

What does a Premier League referee earn?

A top referee in the Premier League is said to earn £65,000 a year with an added match fee of £1000 per game. Therefore, there is the potential to earn between £100,000 and £150,000 a year, of course this is not to be scoffed at. However, it is only the elite that can earn this kind of fee as the salary drops dramatically when you drop down into the football league. Also, compared to a top player in The Premier League, this only equates to half of the amount that some players pocket on a weekly basis.

On top of this, the PGMOB, prevent its employees from taking lucrative one-off big games around the World. Where as officials from other leagues around Europe are free to accept any jobs that come along.

It’s only the Referee, does it even matter?

The role of the Official is crucial to the game of football. Out of the 23 men out there, the man in the middle can have more of an influence on a game than any player on the pitch. He has the potential to control the tempo and flow of a game. The notorious fast tempo and high-speed of The Premier League is one of the top selling points of the League. Top officials are needed to help maintain this pace as well as performing consistently at the highest level.

It’s not often that we see new, high quality, young referees coming through the ranks. If an official does manage to reach the top and become one of the elite group, of around 20 officials, assigned to The Premier League, then they can expect to operate in a high stress environment. Working under intense scrutiny and criticism from Supporters, players, managers and the media alike. An incorrect, split-second decision, can have a huge significance on games, seasons and even careers. In a job where every decision is critiqued under the microscope, it’s not hard to see why it might be difficult to recruit the quality that’s needed.

How serious could this be?

Of course, top officials have come and gone in the past, but it has always been at a time that seemed natural. It would be unprecedented to lose two top officials half way through a season, and if Oliver, the man who many tipped to become the top official in Clattenburgs absence, were to follow in his footsteps, then this would be disastrous for the Premier League.

There has been concern recently regarding the threat of the mega millions on offer from the Chinese Super league, luring our top players to the Far East. So far, the only types they’ve managed to entice are the over-priced, over-rated, past their sell-by-date players who are looking for one last pay day and I don’t see this as any threat at all.

For the sake of the Premier League and the standard of football that we’ve grown accustomed to, we have to hope that Clattenburg hasn’t opened the door for a mass exodus. Losing our top officials and with a lack fresh blood coming in, this could be a far bigger threat to the might of the Premier League than anything we’ve seen previously before.