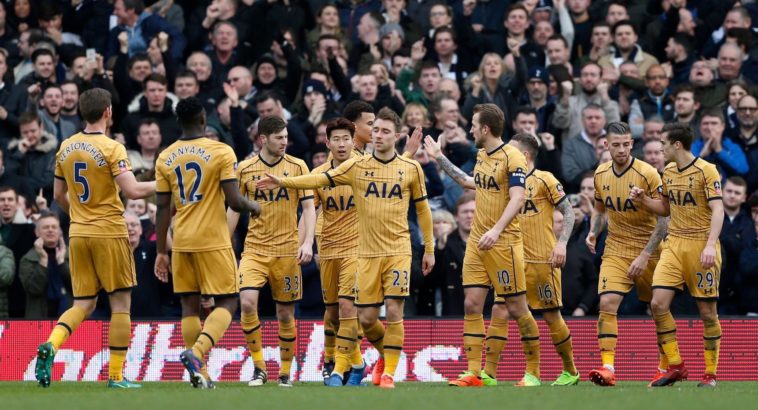 A Harry Kane hattrick saw Spurs comfortably book their place in the FA Cup quarter finals with a convincing 3-0 victory against a Fulham side that failed to live with the quality of the strong Spurs side fielded on Sunday.

Spurs and Fulham went into the game in very different form and this did show in the team selection by both the managers. Fulham have been in good form and have pushed themselves towards the Playoffs in the Championship, and therefore it could explain why Jokanovic rested a few players, including the youngster Ryan Sessegnon.

Pochettino was completely different in his approach to the game, fielding a team that would not look out of place as a starting Premier league side including Alderweireld Kane and a returning Jan Vertonghen

Spurs’ dominance came as early as the third minute when Eriksen was slipped through on goal and only the outstretched hand of Bettinelli kept Spurs and the Danish midfielder at bay. Dele Alli soon after went very close with an effort from the edge of the box that trickled agonisingly wide of the right hand post.

On 16 minutes, the pressure finally told. Kieran Trippier’s quick thinking from a throw in set Eriksen free down the right hand side. The Dane delivered a typically perfect ball onto Harry Kane’s out stretched foot to direct the ball beyond a helpless Bettinelli.

Spurs continued to probe and dominate Fulham, who evidently could play good football, but failed to impose themselves on the visitors at all during the first period. The best chance of the match for Fulham came when Michel Vorm tried to be too cute with a pass out from the back and the ball fell straight to Tom Cairney who fired his shot straight back at the Dutch goalkeeper.

The second half followed much the same pattern as the first and five minutes after the restart. Eriksen turned provider again with a delicious cross right into the path of the lethal England striker Kane who again made no mistake from close range to make it 2-0. Fulham were upset with the linesman for not disallowing the goal for offside as during realtime Kane did look marginally offside. However, having seen the replays, Kane is quite clearly level and the goal deservedly was allowed to stand.

After this, the game turned into a bit of a training match. Spurs were in cruise control. The encouragement for Fulham will be that their well known youngster Sessegnon came on and did trouble Trippier down the left hand side with his pace. In truth Sessegnon was the only player to try to take the game to Spurs and run at the defence. The only notable chance for the Cottagers of their own making was a free header from a corner that was headed over by McDonald.

As the game became more stretched, the gaps for the counter attack came for Spurs and on 73 minutes, Dele Alli fed Kane through one-on-one with the keeper. Kane as ever kept cool and slotted it to secure his fifth Spurs hattrick, one more than Gary Lineker.

Overall this was a convincing victory for Spurs who were in desperate need for this performance after a few negative results. Fulham can now concentrate on their assault on the playoff places, although they will have to learn to keep the defensive side of their game under more control. Spurs will now face Milwall at home in the quarter finals, giving them a major chance to be at Wembley for an FA Cup semi final.