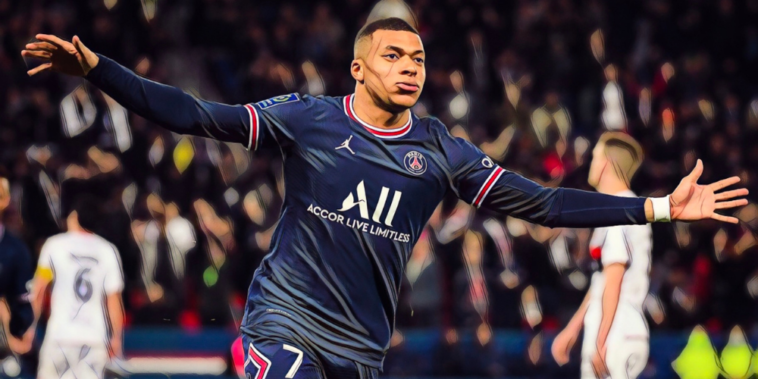 Kylian Mbappe has revealed he held talks with Liverpool before signing a new deal at PSG, but has wished suitors Real Madrid ‘good luck’ in the Champions League final.

Mbappe last week signed a new contract at PSG to become the world’s highest-paid footballer, ending speculation over his future with a new mega deal at the Parc des Princes.

The 23-year-old had been expected to leave PSG and sign for Real Madrid on a free transfer, but has instead penned a new contract until 2025 in Paris.

Mbappe has now revealed that Real Madrid were not the only side interested in his services and confirmed he held talks with Liverpool over a potential move to the Premier League.

“I talked to Liverpool because it’s the favourite club of my mum, my mum loves Liverpool. I don’t know why, you will have to ask her!

“It’s a good club and we met them five years ago. When I was in Monaco I met them. It’s a big club.

“Of course, it was between Real Madrid and Paris Saint-Germain in the end.”

Mbappe opened up on his decision to turn down interest from Real Madrid and renew with PSG, admitting ‘things were not over’ for him in France.

The France international has thanked the Spanish side for their interest however, and has wished the club good luck as Carlo Ancelotti’s team prepare for the Champions League final on May 28.

“Everybody knows I wanted to leave for Real Madrid last year and I think it was a good choice to leave last year. But now it’s different because I was a free agent.

“I was a free agent and it was important to give back to my country. If I had left I would have left as a great player but there is a sentimental part. I don’t think my chapter is closed. Things were not over for me at PSG.

“I’m French and I know I’m important in the country and when you are important you have to think not only about football but about your life. I will be in France after my career. I will leave here [PSG], I will be with my family, my friends.

“The only thing I can say is thank you to all the Real Madrid fans and the club because they gave me all the love. It’s amazing because I was only there for one week when I was 14 [to train]. I said to them good luck for the Champions League [final].”