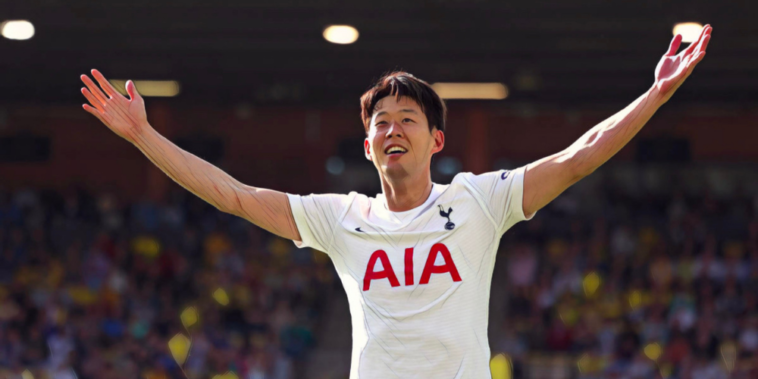 For the final time this season we’re back with our Premier League Team of the Week, as we delve through the final day action and compile an XI of the weekend’s best performers.

Manchester City are the Premier League champions for the fourth time in five seasons, with Pep Guardiola’s team coming from two goals down to beat Aston Villa and clinch the championship.

Down at the bottom, Burnley were relegated to the Championship after Leeds won at Brentford to leapfrog the Clarets on a dramatic final day of action.

Could do little for Wolves’ opener as Liverpool came from behind to win at Anfield, but made a string of important saves including a one-against-one from Hwang Hee-Chan with the scores level.

The Brazilian has had a fine season to share the Premier League’s Golden Glove with Manchester City’s Ederson and has so often come to the Reds rescue.

Jurgen Klopp’s focus will be on addressing how easily he was exposed against Wolves this weekend, as Liverpool look to bounce back from their title disappointment ahead of next weekend’s Champions League final.

Arsenal missed out on Champions League qualification, but ended an encouraging season with a 5-1 thrashing of Everton at the Emirates.

Cedric enjoyed a fine afternoon for the Gunners, claiming a goal and assist as the North Londoners ran riot to secure a big win.

The Portugal international took his goal in fine fashion, whipping an emphatic finish beyond Asmir Begovic after a corner kick routine saw the defender arrive late into the box to lash home.

Veltman had a fine battle with Michail Antonio as Brighton secured their best ever Premier League finish with a 3-1 win over West Ham.

The Dutch defender was diligent defensively and scored the Seagulls equaliser in a comeback win, firing an effort under Lukasz Fabianski to level the scores at the Amex Stadium.

Brighton’s win ensured a ninth-place finish for Graham Potter’s side and Veltman has been an important part of the club’s success, with only the top four and Wolves having conceded less goals this season.

The Wales international is suited to the left side of a back three and ended the season with a strong showing as Spurs won at Norwich.

Davies earned a song from the away end in the first half after a brave block at Carrow Road, with his willingness to put his body on the line appreciated among the travelling Tottenham contingent.

One of the game-changers for Manchester City, who staged another final day fightback to secure the Premier League title.

Zinchenko was introduced at half-time following a poor performance from Pep Guardiola’s team and was instrumental to the champion’s comeback from two goals down, offering a constant outlet and threat from left-back.

"I will NEVER forget this, never in my life" 💙

The Ukrainian did brilliantly to tee up Rodri for the second goal, as City scored three times in five minutes to seal the title in thrilling fashion.

Ilkay Gundogan has been linked with an exit from Manchester City this summer, but if the club’s dramatic win over Aston Villa proves to be his last game it might just be his most memorable in a City shirt.

The Germany international came off the bench to become the hero for the champions, scoring twice to turn defeat into victory and ensure a fourth Premier League title in five seasons headed to the Etihad.

One of the most emotional days of my career so far – what a way to become CHAMPIONS OF ENGLAND 🏆😍 … again. #CmonCity 💙 pic.twitter.com/9d8LrIWNdz

Gundogan ghosted into the box to meet Raheem Sterling’s floated cross to the back post, before turning in Kevin De Bruyne’s brilliant ball across the goal-mouth to spark wild celebrations.

If this is the end, it was a fitting farewell for Pep Guardiola’s first signing in English football, a midfielder who has had a huge influence on a period of domestic dominance for City.

Spurs end-of-season surge has been rewarded with Champions League qualification and it was an impressive final day performance from the North Londoners at Norwich.

Rodrigo Bentancur has been an under-rated component of the club’s upturn under Antonio Conte with the midfielder’s January arrival from Juventus having proven a fine investment.

The Uruguayan was excellent at Carrow Road and unselfishly teed up Dejan Kulusevski for the opening goal, before capitalising on Tim Krul’s poor pass to pick out Harry Kane and grab another assist.

Maddison finished a superb season with another goal and assist as Leicester beat Southampton, with the midfielder at the centre of the Foxes’ 4-1 win at the King Power Stadium.

The 25-year-old moved to 18 goals for the season in all competitions after following in Jamie Vardy’s saved effort, before picking out Ayoze Perez at the far post to register his eighth Premier League assist of the campaign.

There was several moments of Maddison’s customary swagger with the ball at his feet and the midfielder should be in Gareth Southgate’s thoughts ahead of June’s UEFA Nations League campaign.

Kulusevski has been an inspired signing for Spurs since arriving from Juventus in January and ended an impressive opening six months in the Premier League with a brace at Norwich.

The Sweden international turned home Rodrigo Bentancur’s centre to open the scoring, before bending an unstoppable finish into the top corner to make it five goals and eight assists in just 14 league starts for Spurs.

The 22-year-old could – and should – have celebrated a hat-trick against the Canaries, but lost his footing after rounding Tim Krul.

Son shares the Premier League’s Golden Boot in 2021/22, after scoring twice in Spurs emphatic win at Norwich on the final day of the season.

The South Korean moved to 23 goals for the campaign with a brilliant brace against the Canaries, finishing an outstanding individual season level on goals with Mohamed Salah as the league’s leading scorer.

Son’s goals have helped fire Spurs into the Champions League next season and it’s a fitting stage for one of the Premier League’s finest talents.

Spurs won nine of their final 11 games to secure a top four finish and there is reason for optimism ahead of next season. Son will be a central part of the North London side’s bid to close the gap to the Premier League’s best.

Will Arsenal come to regret their limited use of Eddie Nketiah?

The forward is out of contract this summer and has failed to agree a new deal in North London, with the 22-year-old seeking assurances over his minutes after making just eight league starts for the campaign.

Ending the season in style! Thank you God. 🙏🏾📞 @Arsenal pic.twitter.com/qguhvdZkzR

Those appearances have come during the run-in with Nketiah scoring five goals, including a poacher’s effort as Arsenal beat Everton 5-1 at the Emirates.

His movement and link-up play was excellent all afternoon for the Gunners and Nketiah will represent a shrewd signing for the Premier League rivals looking to seal a free transfer deal this summer.