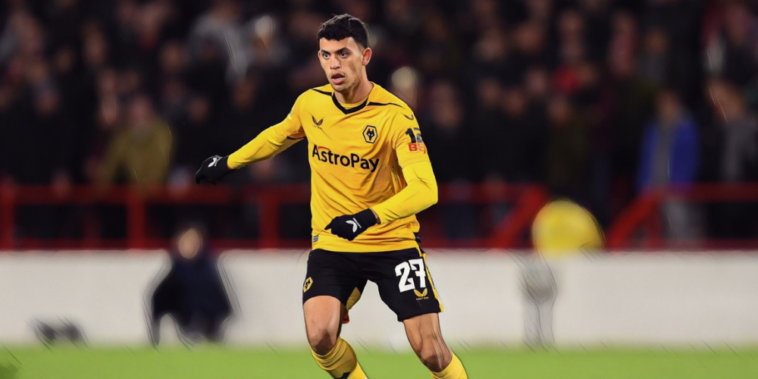 Liverpool’s interest in Matheus Nunes is not dependent on Jude Bellingham’s future with the club considering moves for both players.

Nunes is a summer transfer target for Liverpool after initial interest in the midfielder last summer. The club are understood to have tracked the 24-year-old before his £38m move from Sporting Lisbon to Wolves.

Fabrizio Romano is reporting that Nunes remains on the Reds’ radar and a potential future move for the Portugal international was discussed before his transfer to Molineux.

Jurgen Klopp is keen to overhaul his midfield next summer and Nunes is on the shortlist of options as Liverpool prepare for changes in the engine room.

It is understood that Nunes is not an alternative to Bellingham, who is set to be subject of offers from Europe’s top clubs. Liverpool have made the Borussia Dortmund teenager a priority signing and will look to add both Bellingham and Nunes to their squad for next season.

Liverpool are keen on signing Matheus Nunes for next season, he's part of the list – been told potential #LFC future move was already discussed ahead of his move to Wolves 🔴 #transfers

Nunes, not alternative to Jude Bellingham but one more option as Keita/Oxlade could leave. pic.twitter.com/Gl8rCgo3bf

Liverpool’s interest in the duo comes amid a faltering Premier League campaign, with last weekend’s 3-0 defeat at Brighton having left the Reds ninth in the table and facing an uphill battle to secure Champions League qualification. The club’s midfield has been scrutinised this season and there has been criticism of the club’s ageing and underperforming options.

Thiago and Jordan Henderson are each into their thirties, while James Milner, Alex Oxlade-Chamberlain and Naby Keita are all out of contract at the end of the season.