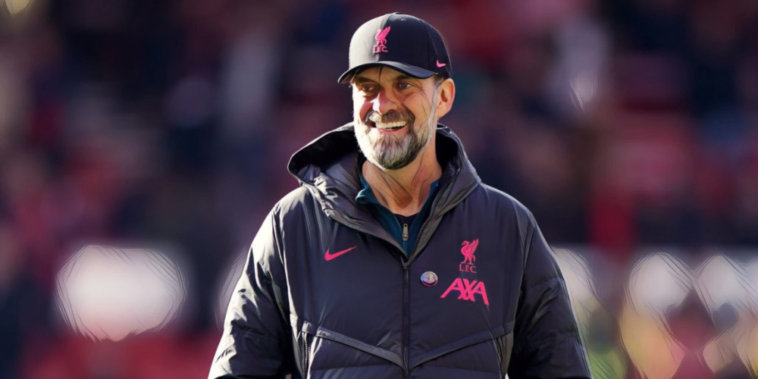 Jurgen Klopp insists that Liverpool will need a ‘special’ end to the season to secure a top four finish and Champions League football.

Liverpool are sixth in the Premier League table ahead of Friday’s clash with Leicester at Anfield, five points outside the Champions League places with a game-in-hand on Spurs in fourth.

The Reds have had a difficult start to the campaign, but have shown encouraging signs either side of the break after recording three consecutive Premier League wins for the first time this season.

Klopp discussed the battle for a top four finish and believes that seven teams are competing for the four places among Europe’s elite next season.

“There was always going to be a top seven this season because we know Newcastle is a massive contender from now on,” said Klopp at his pre-match press conference. “Only four can make it and it looks at the moment there are two places left.

“Arsenal are having an exceptional season, City are City, Manchester United are clearly getting back, Tottenham fighting hard, Chelsea still there.

“It will be tough. We’d better play a special second half of the season to have a chance to make it to the Champions League, which is our target.”

Ahead of the visit of Leicester, Klopp said that Liverpool’s focus must remain on their own results and described the race for Champions League football as a ‘massive fight’ for his side.

“The quality of the opponents is clear but most of the things we can still sort ourselves,” he said.

“We are under pressure but so are other teams because it is not the nicest thing to have us a few points behind. It will be a massive fight with a lot of spectacular games.”