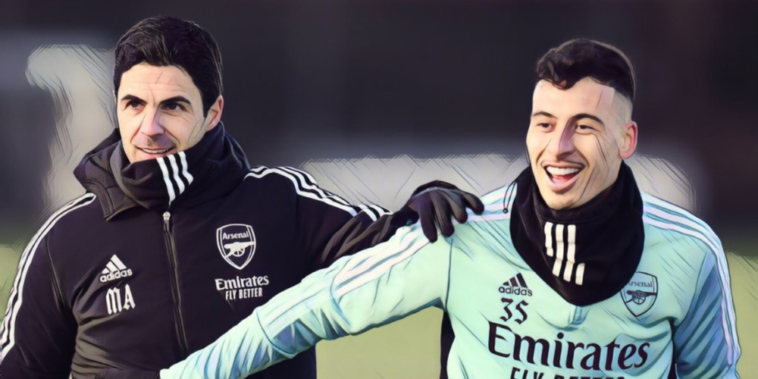 Gabriel Martinelli has backed Mikel Arteta for a trophy-laden career as a manager and has hailed the Arsenal boss as a ‘great coach’.

Arteta has overseen improvement at Arsenal this season after a summer rebuild at the Emirates, lowering the average age of the squad and guiding the Gunners within reach of Champions League football.

The North Londoners are in a strong position to reach the Champions League for the first time since 2016/17 and Martinelli has hailed Arteta for his impact and support during the forward’s spell out injured.

“He was there to support me when I got hurt,” Martinelli said, as per the Mail. “He is already a great coach, who works thinking of what modern football is like, giving us great advice.

“He is also a nice person, always treating people well.

“I feel Arteta will be one of those lifelong coaches with lots of titles to their name and their place in football history.”

Martinelli opened up on Arsenal’s ambitions and says the club must always be ‘thinking of winning titles’, before outlining the importance of the Gunners pursuit of Champions League football.

Arsenal are fourth in the Premier League at present, three points ahead of fifth-placed Tottenham with a game in hand on their North London rivals.

“Arsenal always go into competitions thinking of winning titles. We didn’t deliver on this objective for a few seasons, but we are now leaving it behind us.

“We have the chance to be in the next Champions League and we are fighting towards it. It is the main objective for the club. We need to do it.”