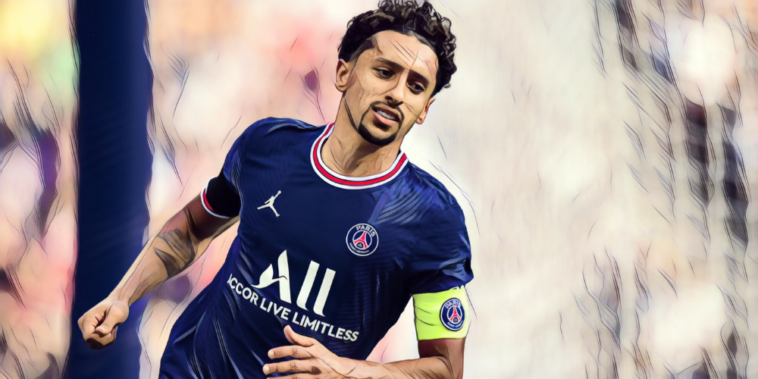 Marquinhos has revealed how Paris Saint-Germain instantly blocked a summer approach from Chelsea for his services.

Chelsea were interested in signing the PSG captain during the summer transfer window as Thomas Tuchel sought to strengthen his defensive options, but the European champions saw their interest blocked by the Ligue 1 side.

Tuchel had previously worked with the Brazil international during his time as head coach at the Parc des Princes, though Chelsea’s interest was swiftly rejected with Marquinhos remaining a key figure in Paris.

The 27-year-old has now discussed the approach from the Premier League side and says that PSG’s stance underlined their faith in his abilities.

When asked about Chelsea’s interest in him this summer, Marquinhos told Le Parisien: “No! It wasn’t even an offer. In fact, the club blocked talks straight away. It shows the faith they have in me.

“It is an honour for a club like PSG to put such faith in me. The fact that others are interested in me means I am doing well.

“It gives me the motivation to go on, boost my training sessions and play even better. Paris and PSG are the only things on my mind.”