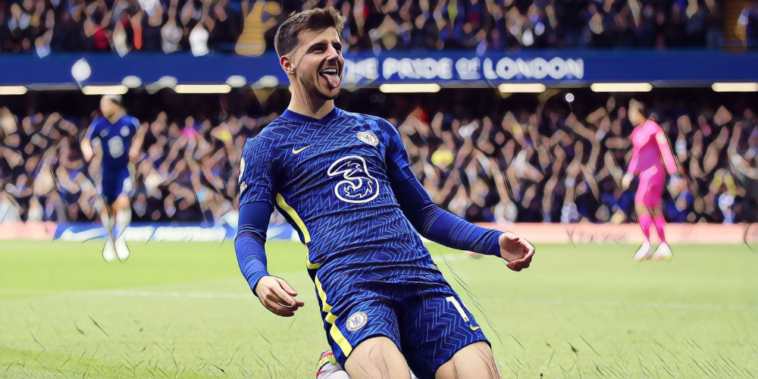 Each week we delve through the Premier League’s weekend action and compile our divisional Team of the Week, with the latest round of fixtures including huge wins and shocking scorelines.

Liverpool piled the pressure on Ole Gunnar Solskjaer after thrashing Manchester United at Old Trafford, with Mohamed Salah once again the star of the show as the Reds hit five without reply against their fierce rivals.

Chelsea remain top of the Premier League after beating Norwich 7-0, whilst there was a stunning comeback win for Watford at Everton as Josh King came back to haunt his former side.

Arsenal stretched their unbeaten run to six games following an impressive win against Aston Villa, dominating throughout to secure a 3-1 victory at the Emirates.

The Gunners’ upturn in form has coincided with Aaron Ramsdale emerging as the club’s new number one, the goalkeeper having made a strong start to his career with the club after signing from Sheffield United.

Questions were asked following Ramsdale’s arrival in North London this summer, but he has looked an assured presence in an Arsenal shirt and impressed with his distribution against Villa this weekend.

Had little to do defensively as Chelsea overwhelmed a Norwich side heading rapidly back towards the Championship, but showcased his attacking threat in a superb performance from the European champions.

James marked his return to the starting XI with a wonderful goal to make it 3-0 against the Canaries, arriving into the box to lift a delightful finish over Tim Krul.

He will rarely have an easier afternoon’s work than this.

West Ham climbed into the Champions League places following a 1-0 win against Tottenham, moving ahead of their London rivals courtesy of Michail Antonio’s second-half goal.

Kurt Zouma was crucial to the Hammers’ success as he dominated his duel with Harry Kane, with the centre-back a formidable presence both in the air and on the ground.

Zouma has been a fine addition to this West Ham side since his arrival from Chelsea during the summer and David Moyes’ side look well-equipped to mount another challenge for European football.

Jonny Evans’ return to the side has made a huge difference to Leicester, with the defender’s experience and leadership influential during the Foxes’ win at Brentford.

Brendan Rodgers’ side withstood strong pressure from the Bees during the opening 45 minutes, though were thankful for the presence of Evans whose reading of the game helped clear defensive lines.

After an indifferent start to the campaign back-to-back wins have edged Leicester closer to the European places, with the Foxes now just three points behind fourth-placed West Ham in a congested top half.

Ben Chilwell’s purple patch continued with another goal for Chelsea this weekend, the wing-back scoring for the third consecutive Premier League fixture since returning to the side.

The England international was a positive presence in attack and pushed forward at will, scoring Chelsea’s fourth of the afternoon with a driven strike across goal.

Hope you guys enjoyed that as much as us. 💙 pic.twitter.com/OXVtkNKDvz

Having endured a slow start to the season, Chilwell looks irreplaceable for the west Londoners at present and is in arguably the best form of his career.

Naby Keita has often flattered to deceive in a Liverpool shirt, but this weekend’s performance against Manchester United was a display that will raise hopes he can emerge as a key figure in this side.

Keita was excellent as the Reds’ ran riot during the opening stages at Old Trafford, the visitors scoring four goals before the break in a ruthless attacking performance.

The midfielder scored the first with a calm finish after bursting forward from deep, before regaining possession in the build-up to the second following a defensive mix-up from Harry Maguire and Luke Shaw.

Keita then turned provider after teeing up Mohamed Salah for the visitor’s third and Liverpool will hope his injury is not as bad as feared after being stretchered off following a dangerous lunge from Paul Pogba.

The pre-game talk surrounded Chelsea’s lack of a centre-forward in the absence of Romelu Lukaku and Timo Werner, but Mason Mount rose to the occasion to score a first Premier League hat-trick against Norwich.

It was all too easy for Thomas Tuchel’s side against the woeful Canaries, securing a resounding 7-0 win with Mount the architect of a thumping scoreline.

Mason Mount has scored more goals for Chelsea than any other player under Thomas Tuchel 👏 pic.twitter.com/12VWlzknRU

The midfielder opened the scoring with a brilliant arrowed finish from just outside the penalty area, before teeing up Reece James’ goal to claim an assist.

The England international then converted a retaken penalty for his second and claimed the match ball after turning home Ruben Loftus-Cheek’s centre late on.

Mohamed Salah is fast approaching a list of players for who superlatives are running out, the Egyptian once again sublime in Liverpool’s destruction of Manchester United.

Salah provided the assist for Naby Keita’s opener before scoring Liverpool’s third, fourth and fifth goals of an unforgettable afternoon, extending his club record to 10 consecutive games scored in.

His goals were each taken with the clinical touch that has defined his game during the season’s opening weeks, becoming the first away player to score a Premier League hat-trick at Old Trafford.

It’s now 140 goal involvements in the league since his arrival at Liverpool a little over four seasons ago, a huge 28 more than any other player in the division.

Smith Rowe was at the centre of a positive performance for Arsenal with the midfielder continuing to grow in importance and influence for the Gunners, scoring one and providing another as the North Londoners beat Aston Villa on Friday evening.

The 21-year-old’s in-swinging corner-kick delivery was headed home by Thomas Partey for the opener, before he scored the third on the break after initially intercepting John McGinn’s pass to start the move.

The England u21 international showed plenty of quality in possession and has become Arsenal’s creative catalyst in recent weeks, his latest performance another demonstration of his huge potential.

Phil Foden will probably never score a more simple double than his brace against Brighton this weekend, but his goals were just reward for another performance that oozed class.

Foden is becoming ever more influential as Manchester City’s false nine, his speed and movement having tormented the Brighton defence this weekend.

Two goals and one assist 😤

The game often appears so simple for the 21-year-old, an indication of the frightening ability Foden possesses with the England midfielder fast becoming the attacking key for Pep Guardiola’s side.

Josh King struggled for opportunities during a six-month spell at Everton last season, failing to make a single league start for the club before his release last summer.

The Norwegian came back to haunt his former side in spectacular style this weekend, however, scoring a hat-trick as Watford came from behind to score FOUR late goals in a stunning result at Goodison Park.

King tucked away a first from close range to score Watford’s first equaliser, before netting a second in fine fashion on the counter-attack as the Hornets took the lead.

His hat-trick goal was another showing of calm and composure after turning Michael Keane and firing home, a performance which was in stark contrast to the toiling Salomon Rondon at the opposing end.

Read – Opinion: Why are Chelsea consistently disrespected and overlooked by the media?