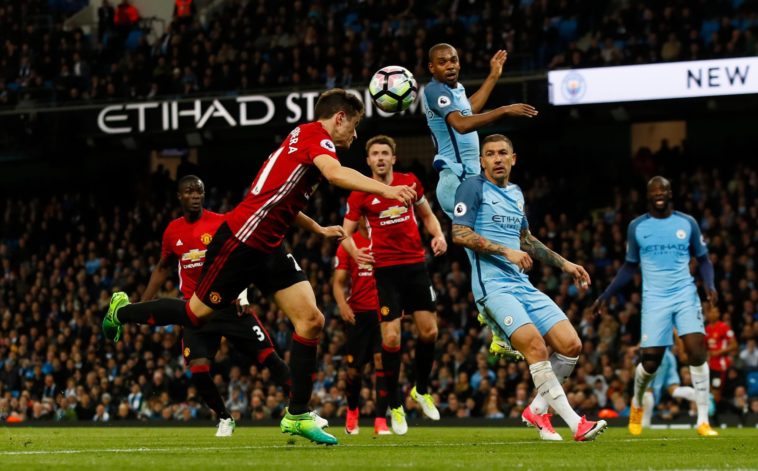 It was billed as one of the Premier Leagues biggest games of the season, but this dull 0-0 draw failed Tom match up to expectation. Here are five things we learned.

Is Sergio Aguero on his way out?

Sergio Aguero, no matter how lethal his finishing, simply does not thrive in Guardiola’s system. United piled defenders behind the ball, so for City, ball retention was crucial to putting pressure on the compact defense and breaking it down.

In a number of instances, Aguero either failed to control passes in and near the attacking third, breaking up the important build-up play, or tried to turn into defenders when his chances of getting a shot on De Gea’s goal were slim.

While his somewhat selfish style can often result in a City goal, it can also hinder the Blues in big matches against competent defences.

City going forward:  diamonds, but in the rough

The young City attacking line, including Sané, Sterling, de Bruyne, and, to some extent, Gabriel Jesus, is potent but also unpolished.

Too many times did City’s wingers give up the ball in the final third, trying to dribble around defenders only to dive to the ground or making the wrong decision on the ball.

While de Bruyne showed his usual class in playing pinpoint and incisive passes all game long, his ball retention skills are still a tier below facilitator David Silva’s. It will take time for the attacking line’s football IQ to increase and for them to work as well in tight spaces as they do on the counter attack.

David Silva proved himself, yet again, to be a crucial to the City attacking threat. For much of this article I have harped on ball retention and decision-making, Silva’s two strongest areas in his game.

The Spaniard was sorely missed. City’s build-up play seemed blunt at times, waiting for a moment of individual brilliance rather than making aggressive runs off the ball and trying to get into crossing and scoring positions.

Silva certainly would have sped up a sometimes sluggish City attack, and possible could have given them the boost needed to find the net.

Conversely, United also missed their best midfield passer, Paul Pogba. In the past, the injured Frenchman has shouldered much of the responsibility for connecting defence with attack. In his absence, United often resorted to booting the ball downfield shortly after gaining possession, in the hopes of a defensive error that speedsters Rashford and Martial could take advantage of.

Henrikh Mikhitaryan certainly has the pace and skill to potentially give the City defence trouble. Too often, however, did Yaya Toure and Fernandinho immediately and effectively dispossess the Armenian attacking midfielder, who sorely missed having an extra midfield presence to disperse the focus.

United wish for Ferguson back

Most interestingly, we learned that the brand of football Manchester United grew and mastered in the Ferguson era is well and truly dead. Sir Alex Ferguson was once quoted saying that he “has never played for a draw in my life.” Even to the extent of exposing his own team at the back, the legendary manager always prioritized exciting, attacking football. This style certainly brought United great success.

Now, however, the same United conceded 69% possession to City and managed only three shots all game; City had 19.

In a game of uncertainty, one thing is for sure: Manchester United are undergoing massive transformation as they try to build their way back to their supreme winning ways.

Leave us a comment below with your thoughts about the game.

If you support Manchester City or Manchester United and are interested in writing about your club, join our writing team today!