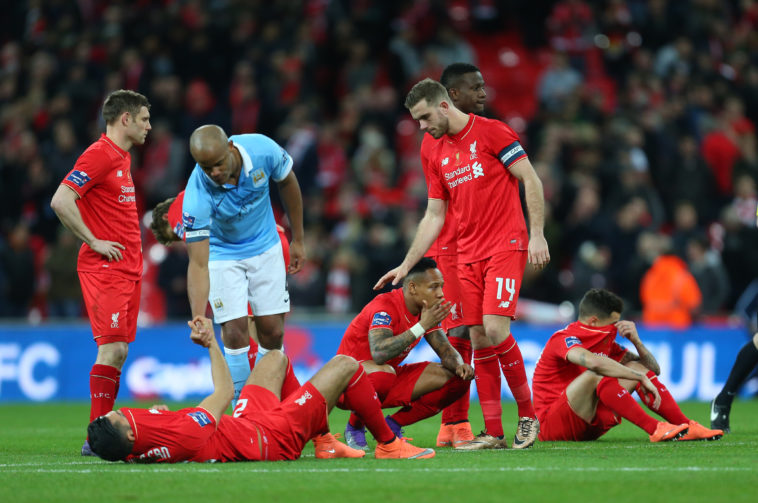 Liverpool have struggled in the closing stages of previous seasons, will this poor record continue this season in their bid for Champions League football?

Painful disappointment is something Liverpool supporters know all too well. To have such optimism at the beginning of a season only for it to crumble as the season enters the final run-in. For the infamous passionate fans of Liverpool, that pain becomes less and less bearable after they are let down time and time again.

As the great Bill Shankly said; “Some people think football is a matter of life and death. I assure you, it’s much more serious than that”, this sentiment is one that many Liverpool supporters will agree with.

Whether it be the ecstasy of the dramatic 2005 Champions League victory or seeing their hopes and dreams crushed in the 2014 Premier League title challenge. In more recent times the latter has been closer to the reality and emotion that supporters have felt.

The first half of this season it seemed as though Liverpool could potentially be on for a surprise title challenging campaign. They won 13 of their 19 fixtures in 2016 with the likes of Phillipe Coutinho, Roberto Firmino, Sadio Mané and Adam Lallana propelling them to second in the league.

There was outstanding performances including resounding 5-1 and 6-1 victories over Hull City and Watford respectively. However their only two losses of the first half of the season, against Burnley and Bournemouth, were a sign of things to come as they struggled to beat many of the bottom half teams thereafter.

Liverpool failed to register a Premier League win in 2017 until the 11th of February by which time the hopes of Premier League silverware were a distant memory. Injuries to key players such as Phillipe Coutinho, Jordan Henderson and Adam Lallana did little to help.

Liverpool’s issues were increased whilst Sadio Mané represented Senegal at AFCON and Joel Matip missed a significant period of time due to international football complications. Attention shifted to securing Champions League football for next season.

Fast-forward to the 2016/17 Premier League run-in and Liverpool’s problems continue. Whilst their form has been generally quite good, losing just one of their last eight, they have struggled to increase the gap on the chasing pack of the two Manchester clubs.

Losing third place to Manchester City was to be expected due to the games they had in hand. However the crushing loss to Crystal Palace puts Liverpool’s Champions League aspirations in serious jeopardy as Manchester United can snatch fourth place from Liverpool should they win their games in hand.

A small crumb of comfort for Liverpool will be Zlatan Ibrahimović’s season-ending injury for United, but a resurgent Marcus Rashford has recaptured his excellent form of last season at the wrong time for Liverpool. United’s highly impressive 2-0 victory over Chelsea recently will be cause for concern.

From a potential title challenging campaign to Champions League football hanging by a thread, this season has not gone as well as Liverpool fans would have hoped when some bookmakers made Liverpool favourites to win the Premier League at Christmas time. To make matters worse, Liverpool’s lacklustre season-ending form will come as no surprise to their supporters. This season could potentially extend Liverpool’s disappointing end to recent seasons.

Should Liverpool fail to qualify for Champions League football, this season will go down as yet another disappointing one. It will add to their previous poor season-ending form whereby they have either missed out on an important achievement or they have finished much lower than expected.

With Liverpool’s final four games of the season coming against Watford, Southampton, West Ham and Middlesbrough they will surely need to improve on their dismal record against teams from the bottom half. Their Champions League hopes could rely on a helping hand from other teams if they are to finish in the top four.