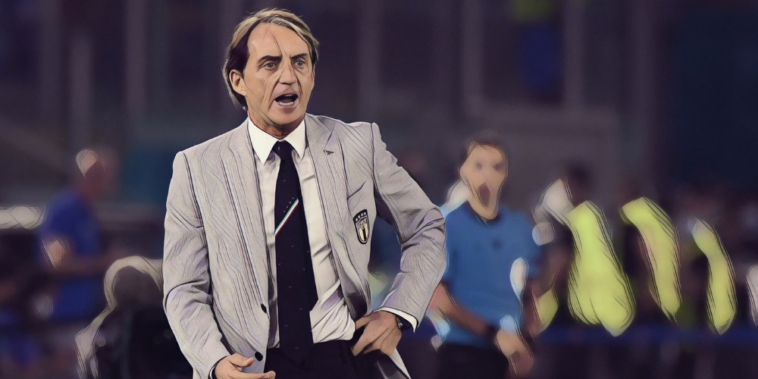 Roberto Mancini has rubbished ‘false’ reports that he has agreed to join a Premier League side, amid links with Manchester United.

Mancini has been named as a potential candidate to take the permanent manager’s position at Old Trafford, with the Red Devils currently assessing potential appointments as Ralf Rangnick oversees affairs on an interim basis until the end of the campaign.

The 57-year-old is currently in charge of the Italian national side and guided the Azzurri to Euro 2020 success last summer, beating England in the final on penalties at Wembley.

Mancini has been named as a shock candidate for Manchester United despite his previous allegiances to Manchester City, the Italian having won the Premier League and FA Cup during a four-year spell at the Etihad.

Recent reports had suggested Mancini had reached an agreement with a Premier League side, but the Italy boss has now refuted those claims and says his ‘only goal’ is ensuring his current side navigated the World Cup play-offs and compete for the trophy in Qatar next year.

“A verbal agreement with a Premier League club? All false,” Mancini said, as per Italian outlet Gazzetta dello Sport.

“My only goal is to get to the World Cup and be able to win it.”

Italy face North Macedonia in March’s play-off draw, before meeting the victors of the clash between Turkey and Portugal for a place at the 2022 World Cup.