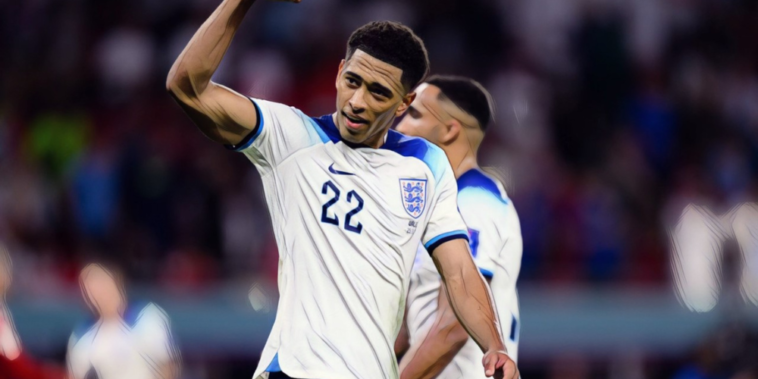 Manchester United are out of the race to sign Jude Bellingham from Borussia Dortmund, according to reports in Germany.

Bellingham is set to be at the centre of a transfer tussle between Europe’s leading clubs next summer, with the Premier League’s wealthiest sides all interested in a deal to sign the midfielder.

The 19-year-old has starred during England’s run to the World Cup quarter-finals and Dortmund are braced for significant interest in Bellingham next summer. Real Madrid, Manchester City and Liverpool all interested in a deal, but Sky Sports are reporting that Manchester United are out of the running.

United were keen on a deal to sign Bellingham in 2020 and gave the him a tour of the club’s training ground, but the teenager turned down interest from the Red Devils to sign for Dortmund from Birmingham City.

He has since developed into one of Europe’s brightest talents and Dortmund are confident of receiving a fee of around £130m for Bellingham, following his performances in Qatar this winter.

Bellingham scored his first international goal during England’s 6-2 thrashing of Iran, before producing a man-of-the-match performance as the Three Lions beat Senegal to reach the quarter-finals on Sunday.

Liverpool are understood to have made Bellingham their number one target for the summer, with Sky reporting that Jurgen Klopp is ‘pushing’ for a deal to bring the midfielder to Anfield.