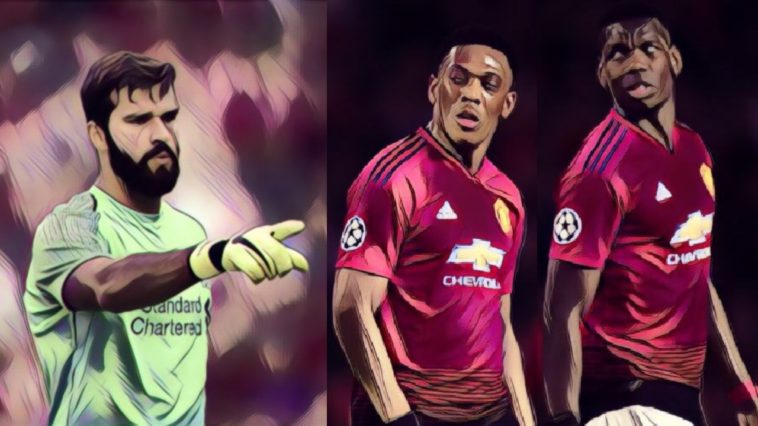 Manchester United and Liverpool look set to welcome back a host of key personnel from injury ahead of the two rival’s crucial clash at Old Trafford this weekend.

Ole Gunnar Solskjaer’s struggling Manchester United side host league leading Liverpool on Sunday afternoon, with both sides desperate for victory in the highly-anticipated clash between the North West rivals.

Both sides have received welcomes boosts on the injury front ahead of the fixture, as Solskjaer prepares to welcome back a quartet of first-team regulars into his squad.

According to the Mirror, Paul Pogba, Aaron Wan-Bissaka and Luke Shaw are all fit to return, whilst forward Anthony Martial is also in contention having not featured since the club’s defeat to Crystal Palace in August.

The returning stars will be a major boost to Solskjaer ahead of the fixture, as United look to revive their fortunes following the club’s worst start to a season in 30 years.

By contrast, Jurgen Klopp’s Liverpool side head into this weekend’s encounter in perfect form, having won eight successive fixtures at the start of the new season to open up an eight-point advantage over Manchester City in the title race.

A win for Liverpool will see them match City’s all-time record by extending their winning streak in the Premier League to 18 games, and their hopes will be boosted by the return to fitness of goalkeeper Alisson.

The Brazilian international has not featured since suffering a calf injury in the season opening win over Norwich, though the 27-year-old could replace deputy Adrian at Old Trafford.

According to the Guardian, Alisson has stepped up his recovery during the international break and is expected to take his place in goal this weekend.