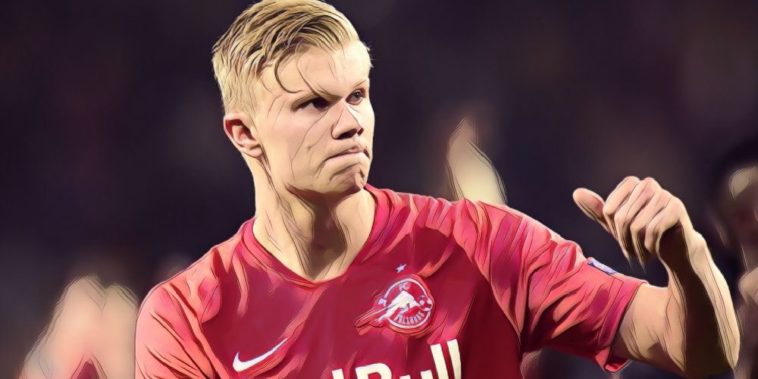 RB Salzburg’s in-demand striker Erling Braut Haaland tops Manchester United’s ‘wishlist’ ahead of the January transfer window, as Ole Gunnar Solskjaer looks to get rid of the club’s ‘deadwood’ in the winter window.

Manchester United are expected to be amongst the most active sides in the Premier League ahead of the opening of the transfer window next month, the club seeking new additions and ready to part with unwanted stars as the rebuild continues at Old Trafford.

According to The Times, Nemanja Matic and Marcos Rojo are amongst the players having been deemed surplus to requirements, the Red Devils willing to listen to offers for the pair who have been on the fringes of the first-team so far this season.

Serbian international Matic has started just two Premier League games so far this season and is keen on securing regular football elsewhere, the 31-year-old keen to ensure his place in the national squad is secure ahead of their potential qualification for next summer’s European Championships.

Matic’s contract is set to expire at the summer, though the club will allow the former Chelsea star to leave next month should a suitable buyer be found for a player who cost £40m when arriving from Stamford Bridge in 2017, Atletico Madrid and Inter Milan said to be interested in his services.

Argentine defender Rojo will also be amongst the casualties as Solskjaer revamps his squad, the 29-year-old having fallen out-of-favour and is likely to move abroad when the window opens, the defender having failed to secure a move to Everton in the summer.

The funds raised from any potential sales are likely to help fund a move for Haaland, the teenager forward having emerged as one of the hottest properties in world football following a prolific season for the Austrian champions so far.

Juventus, Borussia Dortmund and RB Leipzig are all strongly interested in a deal for the 19-year-old, who has scored 28 goals in just 22 appearances for Salzburg this season, including eight in just six Champions League group stage games.

Salzburg’s sister-club Leipzig were believed to be in pole position due to their relationship, though the Bundesliga side this week admitted a deal for Haaland would prove difficult due to the financial power of the clubs competing for his signature.

The Sun are reporting that United would be willing to offer the forward a contract worth a staggering £200,000-a-week, in a bid to beat off the competition for a player who could cost in the region of £76m.

See also – From RVP’s volley to Danny Rose’s debut: Five of the best goals of the decade