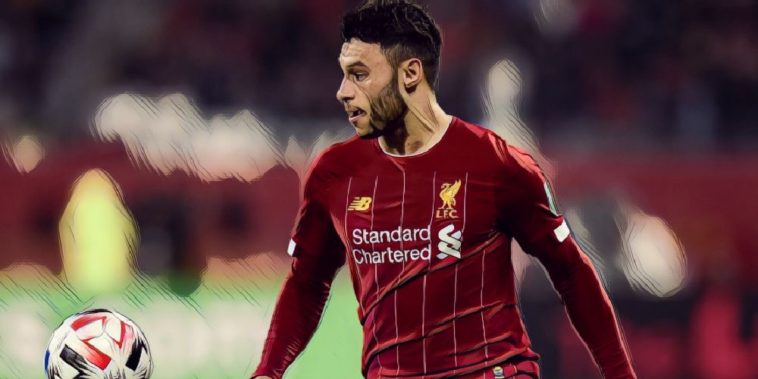 Jurgen Klopp has delivered an update on the fitness of Alex Oxlade-Chamberlain after the midfielder sustained ankle ligament damage during Liverpool’s Club World Cup final victory over Flamengo last weekend.

The England international was substituted after landing awkwardly during the 1-0 extra-time victory over the Brazilian side in Qatar, returning to the field on crutches to celebrate with teammates as Liverpool were crowned as world champions.

Oxlade-Chamberlain missed almost the entirety of last season with a serious knee injury, and Klopp has revealed the 26-year-old will now be absent until the new year after sustaining damage to his ankle ligaments, however, the problem is not expected to keep him sidelined for a significantly long period.

“With Oxlade, the ankle, (as) we probably expected. You have three ligaments on the outside of the ankle, one of them is damaged and now we have to see how quick we can fix that,” Klopp said at his pre-match press conference.

“I don’t know exactly. I did the injury myself but it was years ago! It can take a while or it can be quicker, we have to see.

“But no chance for Thursday (against Leicester), no chance this year (remainder of 2019) – Oxlade will not play any more, that’s clear.

“We have to see how quick it can settle.”

Liverpool head to Leicester in a huge meeting between the Premier League‘s top two on Boxing Day, the league leaders currently sitting ten points clear of the Foxes ahead of their meeting at the King Power Stadium following Brendan Rodgers’ side’s defeat to Manchester City last time out.