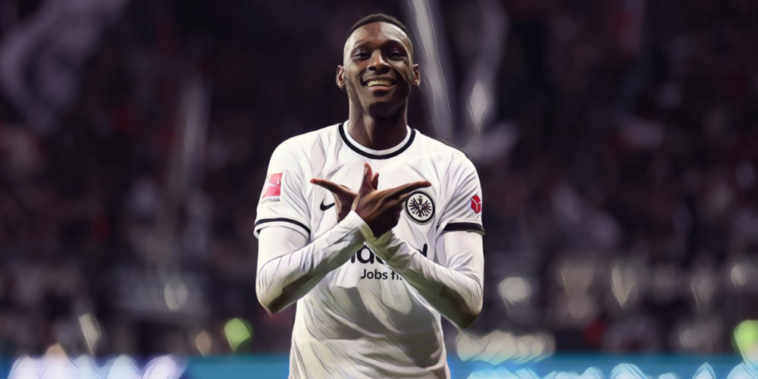 Kolo Muani has shone during a breakthrough season at the Bundesliga side, having joined Frankfurt on a free transfer from Nantes last summer.

The 24-year-old has scored five league goals and leads Germany’s top division for assists this season with nine. His performances earned the forward a call up to France’s World Cup squad for Qatar and he scored his first international goal in Les Bleus’ semi-final win over Morocco, netting just 44 seconds after his introduction as a substitute.

Transfer expert Nicolo Schira, as per the BBC, is reporting that United are interested in a deal for the forward as Erik ten Hag looks to find a replacement for Cristiano Ronaldo.

Ronaldo’s exit was confirmed in November and the five-time Ballon d’Or winner has since signed a lucrative deal with Saudi Professional League club Al Nassr.

Kolo Muani has featured predominantly as a centre-forward for his club side this season but has also operated from a role wide on the right.

He is valued in the region of €60m (£53m) at the German side and has also attracted interest from Bayern Munich, who have been impressed with his adaptation to the Bundesliga.