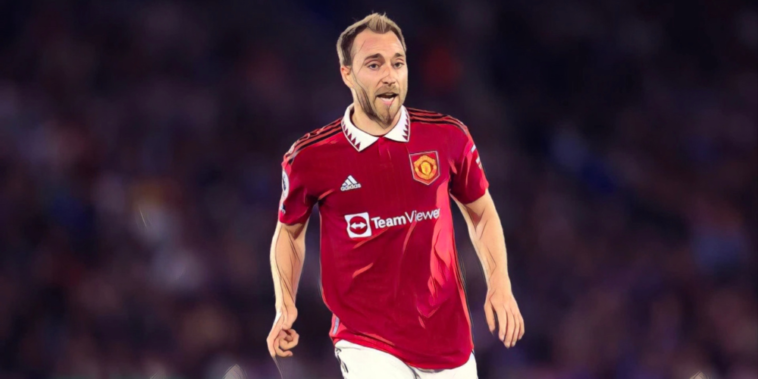 Erik ten Hag has provided a fitness update on seven Manchester United players, including Anthony Martial and Christian Eriksen ahead of Wednesday night’s clash with Tottenham.

United were held to a 0-0 draw against Newcastle in their last outing, with their squad looking a little threadbare following Anthony Martial’s latest injury, an illness for Christian Eriksen and Scott McTominay’s suspension.

Third placed Spurs arrive at Old Trafford on Wednesday evening, and Ten Hag has suggested that former Tottenham player Eriksen could return, though Martial has not fully recovered.

“Anthony Martial is not available,” Ten Hag said at his pre-match press conference. “[With Christian] Eriksen, we have to wait. He was just on the pitch. We have to see how he recovers from that and then we will make a decision tomorrow.”

The Dutchman did confirm that Harry Maguire, Donny van de Beek and Aaron Wan Bissaka are all set to return to training this week following their respective spells on the sidelines.

“They are making good progress, all, and they will return all in team training this week,” he confirmed.

The United boss was also asked bout the fitness of Brandon Williams and Axel Tuanzebe, who have both been injured for the entirety of the campaign, and while the former has returned to individual training, the latter is unlikely to be available until Christmas.

“I see good progress with Brandon Williams. He returned on the pitch, individual-based,” he told reporters at the pre-match press conference ahead of Tottenham’s visit.

“Axel is still in, working inside so he’s not back on the pitch. I think it will be difficult for Axel to return before Christmas.

“Brandon [I’m] probably not talk [talking] about [him being] back in the squad for the games, but probably in the training for the team training.”