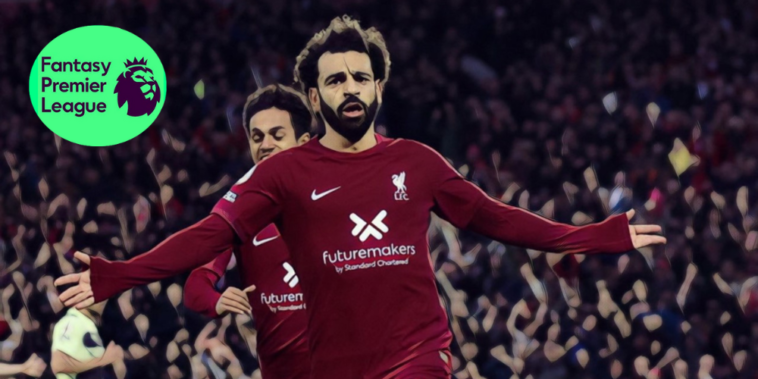 Gameweek 12 brings a midweek round of fixtures and there are major absentees from the schedule, with the Premier League’s top two – Arsenal and Manchester City – not in action.

For those who have perma-captained Erling Haaland in recent weeks, it’s time for change!

Here are four of the best captains for Gameweek 12 of Fantasy Premier League.

Is Mohamed Salah getting somewhere closer to his best?

Salah scored a record-breaking Champions League hat-trick against Rangers last week to find himself back among the goals, before a match-winning performance and goal as Liverpool beat Manchester City last weekend.

The Egyptian international was moved into a more central role against City, in a tactical tweak that will enhance his captain credentials ahead of Gameweek 12. Salah saw Ederson make a brilliant save to deny him one-vs-one before his goal, while a wonderful cross should have resulted in an assist as Diogo Jota miscued his header.

A HUGE GOAL FOR LIVERPOOL!

Mohamed Salah with the goal ⚽ pic.twitter.com/8Oab0vebHx

Involved throughout and thriving through the middle, he will hope to continue the flickers of his finest form as West Ham – suffering from a centre-back crisis –  visit Anfield on Wednesday. Even given a slowish start to the season by his standards, Salah has 11 goal involvements in 13 appearances for Liverpool in all competitions.

Harry Kane vs Manchester United (A)

Harry Kane boasts arguably a more difficult fixture (on paper) than the aforementioned Salah, but there are few footballers in the Premier League in better goalscoring form right now.

Kane has scored nine goals in ten league appearances for Spurs this season, while the penalty he won and converted against Everton last weekend made it five consecutive games scored in – the longest streak of his Premier League career to date.

Harry Kane in the Premier League:

His best ever start to a Premier League season in terms of goalscoring.🔥

The 29-year-old – who is the Premier League’s all-time record goalscorer in away fixtures – has produced an attacking return in 21 of his last 26 appearances dating back to last season, averaging 7.5 points per game across that period.

Mason Mount vs Brentford (A)

Mason Mount is another name who has found his best form in recent weeks, bouncing back from a disappointing start to the season with consecutive double-digit hauls in Fantasy Premier League.

Mount blanked across the first seven fixtures of the season in an extended run of poor form, but has burst into life across Chelsea’s last three fixtures. He recorded two assists in the 3-0 win over Wolves, before creating another goal and winning a penalty as the west Londoners won at AC Milan in the Champions League.

The 23-year-old then returned a season-high total of 15 points last time out, as he scored both goals in Chelsea’s 2-0 win at Aston Villa.

It’s now five goal contributions in three appearances across all competitions for the England midfielder, who has found himself in advanced areas under Graham Potter. Chelsea make the short trip to face Brentford in Gameweek 12.

Nottingham Forest are struggling right now and FPL managers are regularly targeting fixtures against Steve Cooper’s side for points.

Brighton host Forest on Tuesday evening, with Leandro Trossard sure to attract interest in terms of transfers in and as a potential captain.

The Belgium international has been in brilliant form with five goals and an assist from nine league appearances. He is the fifth-highest scoring midfielder in FPL so far this season and the highest from a team outside the Premier League’s ‘Big Six’ clubs.

After the disappointment of defeat at Brentford last time out, Roberto De Zerbi will hope his side – and Trossard – can bounce back against the table’s bottom side.