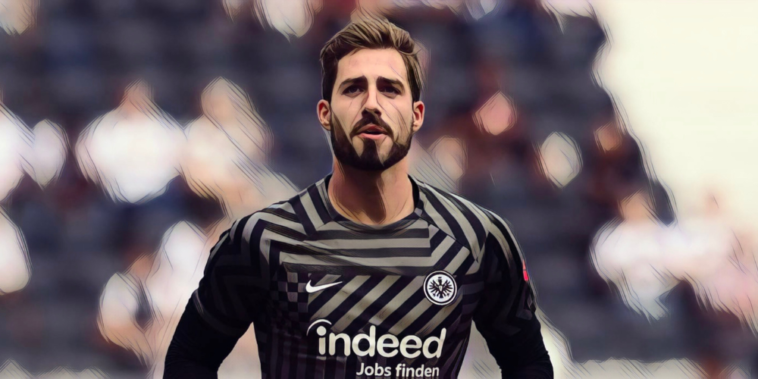 Manchester United are expected to submit an offer to sign Eintracht Frankfurt goalkeeper Kevin Trapp on Tuesday, according to reports in Germany.

Erik ten Hag wants to bring in a new goalkeeper as he looks to provide competition and cover for David de Gea, following the decision to allow Dean Henderson to join Nottingham Forest on loan.

Trapp formed part of the Eintracht Frankfurt team that won the Europa League last season, where he was named in the competition’s Team of the Tournament and as man of the match as the Bundesliga side beat Rangers in the final.

He has won six caps for Germany at international level and would provide experienced cover for De Gea. Kicker are reporting that United’s offer will be in the ‘high single-digit million range’.

De Gea came in for criticism following his performance at Brentford last week, while the Spaniard’s ability to play out of the back has come into question.

Frankfurt will be reluctant to allow Trapp to leave without a replacement however, with just over a week remaining of the summer transfer window.

The German club have already seen Filip Kostic leave for Juventus and will want to retain the core of their Europa League-winning team ahead of participation in the Champions League this season.