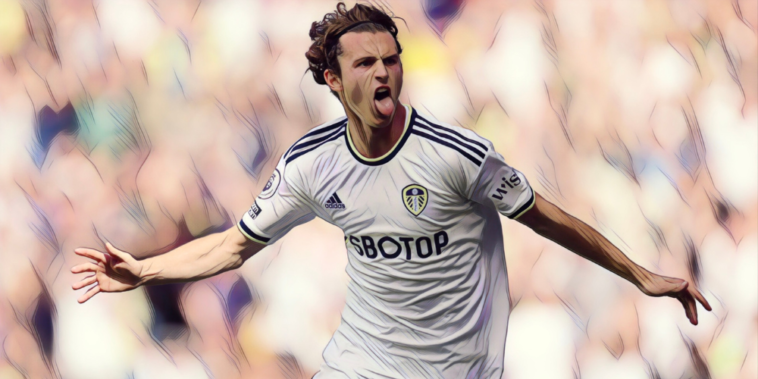 Arsenal are the new league leaders after beginning the campaign with three straight wins for the first time since the 2004/05 season, moving ahead of Manchester City who were held to a thrilling 3-3 draw at Newcastle.

Meslier made several vital saves as Leeds produced their best performance of the Jesse Marsch era, continuing their unbeaten start to the season with a dominant display to beat Chelsea at Elland Road.

Meslier made a smart save from Mason Mount with the game goalless as Chelsea countered, before making another impressive stop from Conor Gallagher – unaware the midfielder was offside.

A lightning fast counter-attack from Chelsea ends with a stunning save from Illan Meslier to keep the scores level! 🧤 pic.twitter.com/8R2Bf1xKK6

An important part of an improving Newcastle team, Tripper’s range of passing from right-back launched his side onto the front foot during the six-goal draw with champions Manchester City.

The England international was a constant outlet and drove his side forward, while he scored Newcastle’s third of the afternoon with a brilliant free-kick.

Remarkably, it was the third direct free-kick Trippier has scored in just eight league starts for the Magpies, while four of his five Premier League goals have now come from free-kicks.

He later avoided a red card following a crude challenge on Kevin De Bruyne as City upped the pressure, after VAR overturned the initial decision to send Trippier off.

Brighton continued their unbeaten start to the Premier League season with an impressive win at West Ham, with Graham Potter’s team now outside the top four only on goal difference.

The Seagulls continue to go from strength to strength and evolve under Potter’s management, but it was a long-serving component of the side that dominated at the London Stadium.

Lewis Dunk was a towering presence at the back for Brighton, with the centre-back calm and collected in possession and dominant in his aerial duels. Those at Brighton cannot understand how Dunk has failed to add to a single England cap won in 2018, but on current form he could challenge for a recall as the Three Lions’ centre-back options fail to convince.

What an introduction to the Premier League it has been for William Saliba, who has performed above all expectations since returning to Arsenal this summer.

Last season’s Ligue 1 Young Player of the Year while on loan at Marseille last season, Saliba has wasted no time in proving he is more than ready for the demands of English football.

The 21-year-old was immaculate as Arsenal continued their perfect start to the campaign, as he completed all 76 of his passes at Bournemouth – the most passes by a Gunners defender at a 100% completion rate since Opta first collected the data in 2003/04.

🚀 The goal
😱 The reaction

Rarely troubled defensively during a confident performance, he then announced his Arsenal arrival with a brilliant first goal for the club after sweeping home a fine finish from the edge of the area.

Ivan Perisic’s attributes are ideally suited to the demands of Antonio Conte and the Croatian proved what he will bring to the Spurs side on his first start.

Perisic overcame a slow start to become a thorn in the Wolves’ side from wing-back, winning a game-leading four aerial duels and digging out a number of threatening deliveries from the flanks.

The 33-year-old registered his second assist in as many games after flicking on an in-swinging corner for Harry Kane to head home his 250th Tottenham goal.

A superb screening performance as Leeds outfought and outran Chelsea at Elland Road. Adams was full of combative energy as he won back possession time and time again for Leeds.

The summer arrival has been tasked with replacing the departed Kalvin Phillips, but this was a performance that suggested Adams is ready for the challenge.

Does he ever stop running?

Aaronson is an instant fans’ favourite at Leeds with his all-action brand of football already admired at Elland Road. The summer signing was brilliant in the 3-0 win over Chelsea, driving into dangerous positions and causing problems with his work-rate off the ball.

The 21-year-old was rewarded for his tenacity with the game’s opening goal, robbing Edouard Mendy of possession before tapping home into the unguarded goal.

After a disappointing campaign saw a narrow escape from relegation last season, there’s reason for optimism for Leeds after an unbeaten start and Aaronson’s endeavour looks set to be a major part of the club’s new-look side.

When in this sort of mood, is there a better player to watch in full flow?

Saint Maximin was sublime during Newcastle’s 3-3 draw with Manchester City at St James’ Park, with the champions struggling to deal with the electricity of the Magpies’ maverick.

The 25-year-old led the game for chances created (4) and ranked second for both duels won (6) and fouls won (3), while he tormented City with trademark take-ons and evasive footwork.

Given the opposition, this was arguably his best performance in a Newcastle shirt as he was involved in all three goals. Saint-Maximin turned provider for Miguel Almiron and Callum Wilson to register a brace of assists, before winning the free-kick that Kieran Trippier excellently fired home.

A fantastic performance from the flamboyant Frenchman.

Zaha’s first goal of the season earned Crystal Palace a point at Liverpool on Monday evening and the Ivorian followed up that display with a match-winning performance this weekend.

The 29-year-old scored twice as Palace came from behind to beat Aston Villa and earn their first win of the season. Zaha’s first was an instant response to Ollie Watkins’ opener for the visitors, as he shook off the challenge of Matty Cash before firing low past Emiliano Martinez.

First home win of the season! ⚽️⚽️ All Glory to God 🙏🏿 pic.twitter.com/W3TeFno6W2

Zaha was a threat all afternoon for the Eagles and added a second after turning home a rebound from his saved penalty. It’s now 12 goals for Zaha this calendar year, with only Harry Kane and Son Heung-Min (15 each) having scored more across the Premier League in 2022.

Che Adams came off the bench to secure Southampton’s first win of the season as the forward’s introduction changed the game at Leicester.

Adams had gone six months without a Premier League goal before this weekend, but fired home an equaliser just nine minutes after coming on as a substitute as Leicester failed to clear a long throw.

Look no further for your #MondayMotivation 👊 pic.twitter.com/d7Q7kXn5y2

His second came soon after and in spectacular fashion, as the Leicester-born forward connected acrobatically with James Ward-Prowse’s cross to score a winner at the King Power Stadium.

Southampton – who named the Premier League’s youngest starting XI for more than five years – are up and running for the season.

Gabriel Jesus has had a transformative impact on Arsenal during the season’s opening weeks, with the Brazilian again at the centre of an impressive performance from Mikel Arteta’s side.

Jesus’ work-rate and movement has added a new dynamic to this side and his role in the opener was a moment of individual brilliance as he waltzed through the Bournemouth defence to break the game open.

His heavy touch then turned into an assist for Martin Odegaard, with a goal all that was missing from another influential performance at number nine. He came close, with a clever chip ruled out for an offside.