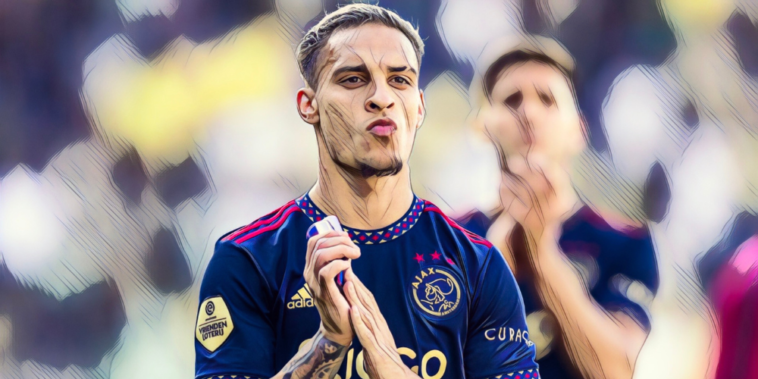 Manchester United have confirmed an agreement has been reached for the signing of Antony from Ajax.

United has confirmed an agreement has been reached with Ajax for the winger, who will sign a long-term contract with the Red Devils subject to the passing of a medical, agreement on personal terms, and international clearance.

The fee for the 22-year-old is believed to worth £86m, who scored 12 goals and laid on a further ten assists for the Dutch champions last season.

Erik ten Hag had made the Brazilian a top target and he will become the second Ajax player to move to Old Trafford from Ten Hag’s former side this summer, following the arrival of Lisandro Martinez earlier in the window.

An agreement has been reached for the transfer of @Antony00 🤝🔴#MUFC

Antony signed for Ajax from Sao Paulo in 2020 and has since established himself as one of the most exciting talents in the Eredivisie. He has scored twice in nine caps for Brazil at international level and formed part of the team that won a gold medal at the 2020 Summer Olympics.

The deal for the winger is not expected to be completed in time for Antony to feature at Leicester on Wednesday, but he could make his debut in this weekend’s clash with Arsenal at Old Trafford.

Antony’s arrival will take United’s summer spending in excess of £220m, following earlier deals for Martinez, Casemiro and Tyrell Malacia. Christian Eriksen has also joined on a free transfer after his short-term contract at Brentford expired.