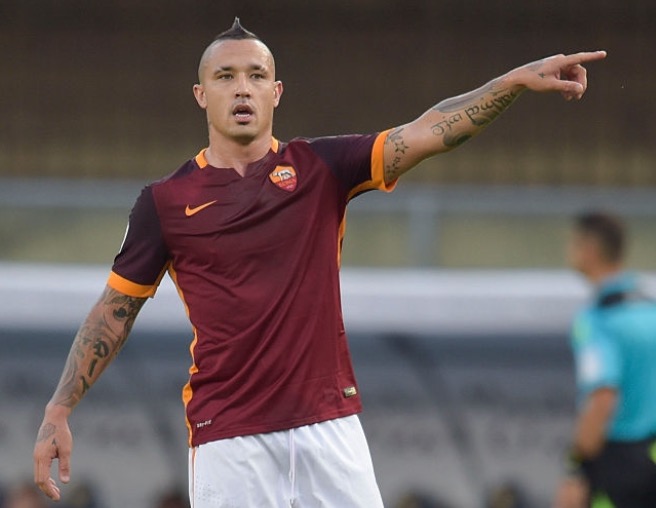 After already beating Chelsea to the signing of Romelu Lukaku from Everton, Manchester United are set to go head-to-head with Chelsea once again in this summer’s transfer window.

The two Premier League clubs have both been linked to the signing of Roma midfielder Radja Nainggolan, and according to the Daily Mail, the two clubs will compete for his signature this summer.

The 29-year-old combative midfielder has attracted the attention on many of Europe’s top clubs over a number of seasons, including a move to the Premier League last summer with Chelsea having been interested in signing the Belgian 12 months ago. A move to Stamford Bridge didn’t materialise last summer, but has been touted once again this summer as a way to potentially strengthen the Chelsea midfield.

Both Chelsea and Manchester United are on the look out for new defensive midfielders this summer, with Chelsea linked to a Tiemoue Bakayoko from Monaco, while Man Utd have been heavily linked to Chelsea’s Nemanja Matic and Spurs’s Eric Dier.

However according to the Mail, Manchester United may turn their attentions to the Belgian after being told by Tottenham that the England international is not up for sale at any price, despite the Player wanting to move, while Chelsea are reportedly unwilling to do business regarding Matic following the Lukaku saga.

Despite the Blues being close to completing a deal for Monaco midfielder Tiemoue Bakayoko, it is claimed that Conte may still make a move for the 29-year-old Nainggolan in order to ensure further strength in depth within the club’s squad.

It is claimed that the Roma midfielder could be available for around £40m.