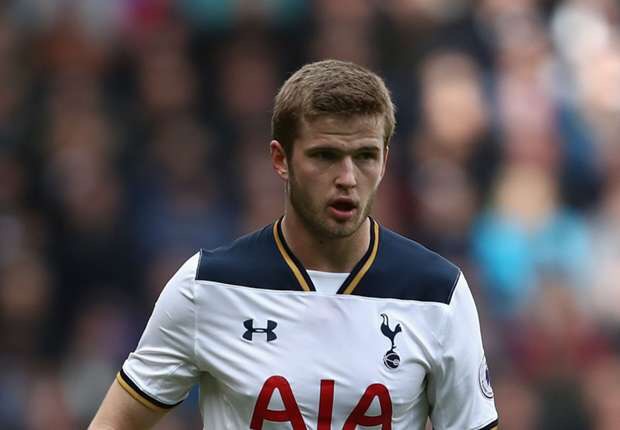 Tottenham Hotspurs’ Eric Dier wants to quit the club and complete a move to Man Utd according to reports today.

The Guardian claim that the England international is keen to leave the North London club this summer, and join Manchester United, the team he supported growing up as a boy.

United made enquiries regarding the availability of Dier towards the end of last season, but were told in no uncertain terms that he wasn’t for sale. However, this hasn’t deterred Jose Mourinho who has identified the former Sporting Lisbon man as one of his main transfer targets.

Mourinho is looking for a long term successor to new club Captain Michael Carrick, and have been linked with a number of central midfielders.

Nemanja Matic was widely tipped to be moving from Stamford Bridge to Old Trafford, but the Red Devil’s acquisition of Romelu Lukaku from under the noses of the Premier League champions is thought to have infuriated Chelsea chiefs, who are now unwilling to do business.

Monaco duo Tiemoue Bakayoko and Fabinho have also been linked to Manchester United, but it is Eric Dier that is heading the list. Dier is currently on £70,000-a-week at the North London club, an amount which Manchester United are willing to double.

Spurs currently have a wage cap of £100,000-a-week, which puts the club in a bit of a predicament, whether to smash their salary cap, keep Dier on his current deal against his will, or cash in on the 23-year-old.

It is thought that United are willing to spend £50m to take Dier to Old Trafford.