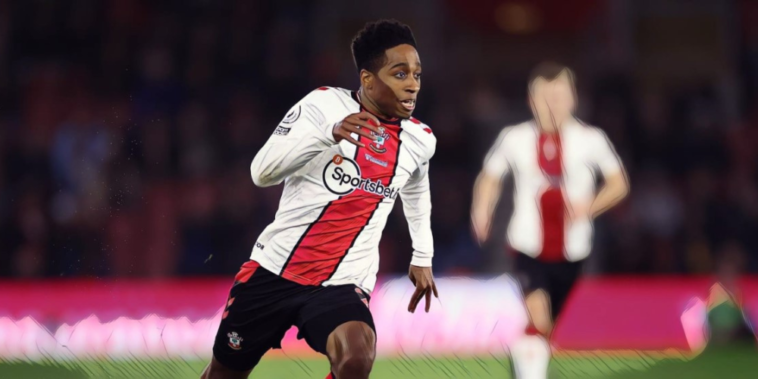 Manchester United and Chelsea are among the clubs monitoring Kyle Walker-Peters’ contract situation at Southampton.

Walker-Peters has stalled on signing a new deal at Southampton and both Manchester United and Chelsea are considering an approach this month as the duo look to strengthen at right-back.

According to talkSPORT, United view Walker-Peters as a potential replacement for Aaron Wan-Bissaka, who has been linked with an exit from the Red Devils after struggling for first-team football under Erik ten Hag.

Chelsea are also contemplating additions at full-back with Reece James and Ben Chilwell currently sidelined. Walker-Peters has featured on both flanks for the Saints and earned his first call up to the England side in March 2022, making his debut in a friendly with Switzerland.

The 25-year-old came through the ranks at Tottenham before making the move to St Mary’s and his former side are also said to be ‘keeping tabs’ on his situation. Antonio Conte wants to improve his options at wing-back and Walker-Peters could emerge as a potential target for the north Londoners.

He signed for Southampton in a £12m deal in 2020 and has since made 89 appearances in all competitions for the club.