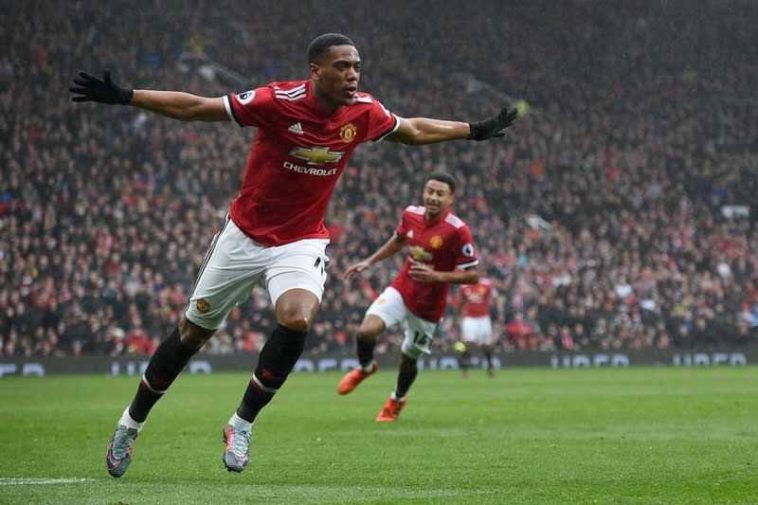 A late goal from substitute Anthony Martial gave Manchester United a win over Tottenham, in a clash between second and third.

After dropping points against Liverpool and Huddersfield in their last two games, Manchester United looked like they were going to drop another two points, until Martial popped up with the winner from a Romelu Lukaku flick-on. Spurs were left to rue their missed chances, particularly a miscued shot from Dele Alli.

With Harry Kane ruled out with a hamstring strain, it was always going to be a challenge for Spurs to break down an obdurate Manchester United defence. Without the England striker, there was a distinct lack of runs in behind United’s back three.

Kane’s absence meant that Christian Eriksen had lost his favourite target, forcing the Dane to think twice about his passes, and weakening Spurs’ transitional play. Heung-min Son provided plenty of industry, and Fernando Llorente was an aerial threat when he came on, but neither have Kane’s lethal instincts.

It has become a feature of United games this season. Rashford starts, Martial is brought on for him in the second half, and vice versa. There have been calls for both exciting young talents to play at the same time, but Jose Mourinho has paid them no heed.

Yet again, the trick worked. Just as against Huddersfield, one gave way to the other, and the substitute netted United’s only goal of the game. Martial now has four Premier League goals from the bench this season, more than any other player. It remains to be seen which one of the two forwards will start against Chelsea next weekend.

Since returning from the international break in October, Henrikh Mkhitaryan has been poor. Before the break, the earliest he had been subbed off had been the 66th minute (vs Crystal Palace), and since then has not played more than 65 minutes in a Premier League game.

He has one goal and five assists this season, but has not bothered the statisticians since United’s game against Everton a month and a half ago. Against Spurs, his pass completion rate was an abysmal 62.2%, and it was no surprise when he was hooked for Jesse Lingard. If he does not shake himself out of this slump, his spot in the starting lineup may well be under threat.

Throughout a particularly dull first half, the focus was almost on the players in the stands as opposed to those on the pitch. Though Spurs should have Harry Kane back next week, there is still no official return date for Paul Pogba.

Without the Frenchman, United’s midfield has lacked creativity over the last three games. Pogba provides the side with a driving force, and his ability to switch play frees up wingers on either side of the field. Ander Herrera is a good squad player, but cannot match Pogba’s vision and capabilities. His return cannot come soon enough for the Red Devils.

On the evidence of this game between their two closest rivals, City won’t be worried just yet. Of course, this will be easier to discuss once City have played Spurs (December 16th) and United (December 10th), but on their current form, neither side look like they can topple the blue side of Manchester.