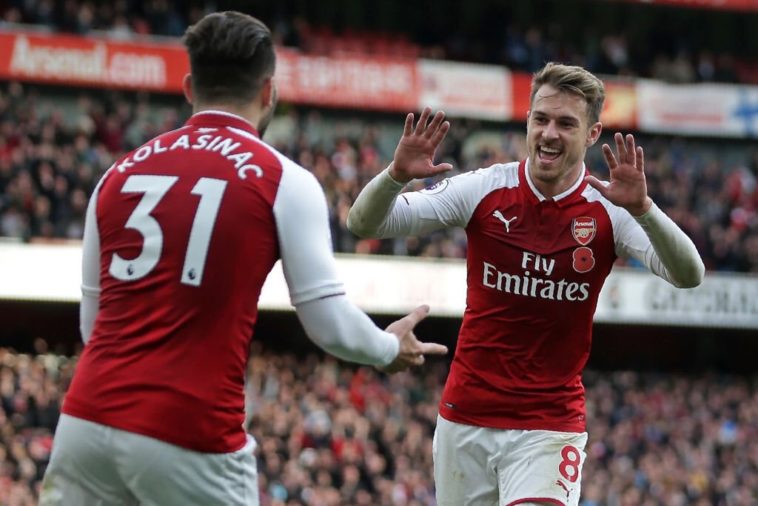 Arsenal began the match well and were dominating possession. Alexis Sanchez, Alexandre Lacazette and Mesut Ozil started together like they did against Everton. The Gunners were only creating half-chances while Swansea were stuck in the own half.

Completely against the run of play, Swansea took the lead. Sam Clucas scored his first goal for the club since his summer move from Hull. Tammy Abraham slid the ball into Clucas who took one touch to slide it under Petr Cech. Clucas’s goal was Swansea’s first touch and first shot in Arsenal’s penalty area. It doesn’t get more clinical than that.

After Swansea scored, Arsenal seemed stunned and unable to react. There was no energy or desire to get back into the game while Paul Clement’s were full of confidence.

Alexis nearly scored the equaliser after jinking through the Swansea defence but his rocket shot was excellently tipped over the bar by former Gunners keeper Lukasz Fabianski.

Just before half-time, a ponderous Per Mertesacker was almost responsible for Arsenal conceding a second goal. The defender spent too long dwelling on the ball inside his own penalty area and Jordan Ayew stole the ball off him. Fortunately Cech was on hand to block Ayew’s shot. A let off for Arsenal and Mertesacker in particular.

Five minutes into the second half, Arsenal finally responded to going a goal down. Sead Kolasinac scored his first league goal for Arsenal as he collected a loose ball and slotted it into the far corner.

Laurent Koscielny then had a golden opportunity to put Arsenal in front. He met Alexis’ free-kick at the back post but his header was just wide. Arsenal were finally applying the pressure and Swansea were struggling to cope.

Kolasinac was involved once again as Arsenal came from behind to take the lead in their third successive game. He powered down the left and provided the assist for Aaron Ramsey who sidefooted with ease to register his 50th goal for Arsenal.

Hector Bellerin nearly made it three for Arsenal on the counter-attack after a one-two with Aaron Ramsey but his shot hit the crossbar.

Kolasinac’s backheel sent Sanchez away on the left but the Chilean’s shot was caught by Fabianski.

Swansea were not ready to give up on the game yet though. Cluclas crossed into the path of Abraham who shot with his back to goal but it was just wide.

Substitute Giroud nearly got on the scoresheet after latching onto Nacho Monreal’s cross but his volley at the near post was wide.

Despite a nervy end the game, Arsenal held on to claim all three points. The Gunners are now fourth while Swansea have slipped to 17th, above the relegation zone on goal difference alone.