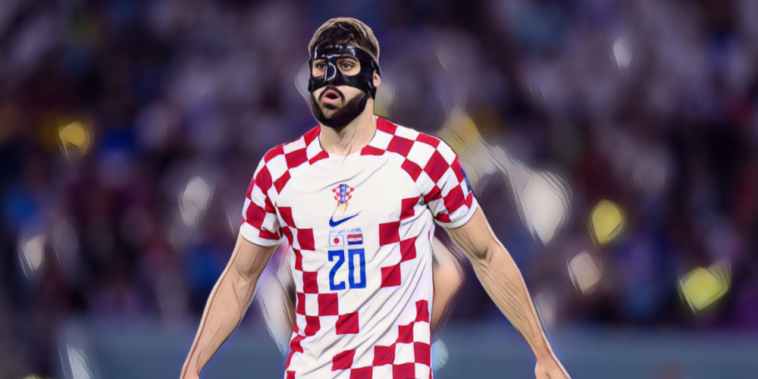 Manchester City and Manchester United have joined Chelsea in the race to sign Josko Gvardiol from RB Leipzig.

Gvardiol has impressed during Croatia’s run to the semi-finals of the World Cup and is among the most highly-rated young defenders in world football.

He shone as Zlatko Dalić’s side beat Brazil to reach the last four and has been at the heart of a Croatian team who have conceded just three goals in five games at the tournament.

Chelsea held talks with Leipzig over a deal for Gvardiol last summer, but were unable to reach an agreement late in the summer transfer window.

The west Londoners remain interested in bringing the 20-year-old to the Premier League, but face competition from Manchester City and Manchester United.

Foot Mercato are reporting that each of the Premier League trio have submitted offers for Gvardiol, with City’s proposal understood to be in excess of €100m including add-ons. Manchester United (€90m) and Chelsea (€95m) are also said to have made big-money bids for the Croatia international.

Bayern Munich are also preparing a proposal to keep the centre-back in the Bundesliga, while both Real Madrid and Barcelona are monitoring developments.