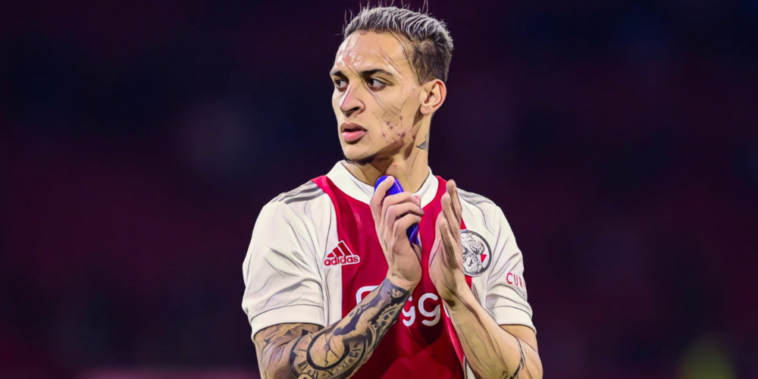 Manchester United’s attempts to sign Antony have been described as ‘stagnant’ with Ajax unwilling to compromise on their valuation.

Erik ten Hag is keen to bring the winger to the Premier League after a successful period together at Ajax, with the 22-year-old having impressed during the club’s Eredivisie title-winning campaign last season.

Antony scored 12 goals and provided 10 assists across all competitions for Ajax, who are understood to value the Brazilian at around €80m (£68m).

Goal Brazil are reporting that the Red Devils approached Ajax regarded a possible €60m (£51m) deal, but have so far been rebuffed in their approach with talks described as ‘stagnant’.

Ajax will owe a portion of any future fee to Sao Paulo, with the Brazilian side having inserted a sell-on clause into the €15m deal that took the winger to Amsterdam. Sao Paulo will be entitled to 20% of any future fee which exceeds Ajax’s initial investment.

Antony is understood to be keen on a move to the Premier League and wants to test himself in England, with the player’s agent, Junior Pedrosa, currently in Europe in a bid to try to ‘convince’ the Dutch champions to agreeing a deal.

He has earned nine caps for Brazil since his senior debut in October 2021 and will hope to form part of the squad for the World Cup in November.